UT stabbing suspect said no one noticed him before the attack 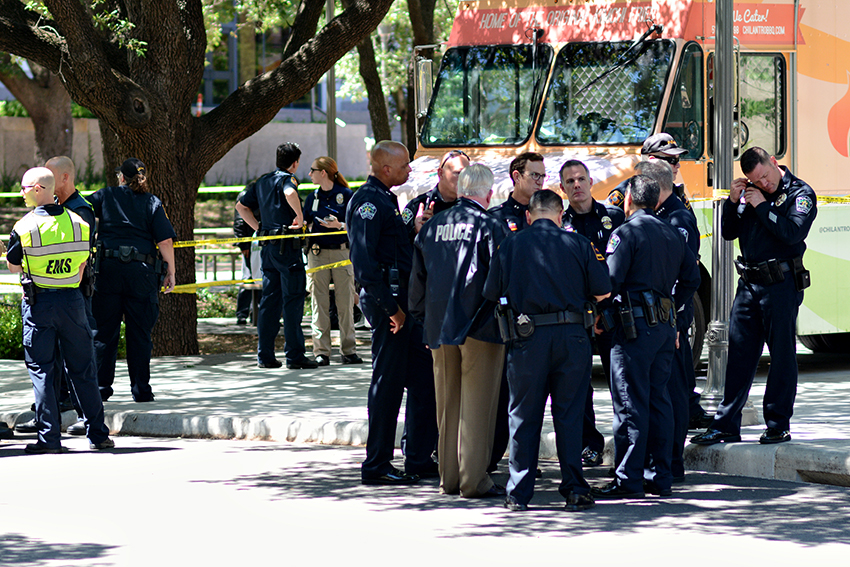 Biology junior Kendrex White, the student facing murder charges in the on-campus stabbing that left three students injured and another dead on the scene, told Houston news station KPRC2 from Travis County Jail on Tuesday that no one noticed him before the May 1 attack.

White told the news station that the last thing he remembers before the attack is jamming his knife into a nearby table outside Gregory Gymnasium.

"I pulled out my knife,” White told KPRC2. “My heart started beating really fast and no one moved and then I struck a table and no one acknowledged that I did that. They kept going on with their conversations.”

White told KPRC2 that his attorneys have put him in touch with a doctor who told him he may have epilepsy or schizophrenia. White is expected to appear in court on May 19.

White told police after being taken into custody last Monday that he didn’t remember the attack. According to the arrest affidavit, White said it was possible he used a knife in a manner to hit someone, but that he didn’t remember.  When police asked him if he knew why he was there, White said, “Yes, accusations of pushing someone down and I think using a bladed weapon.”