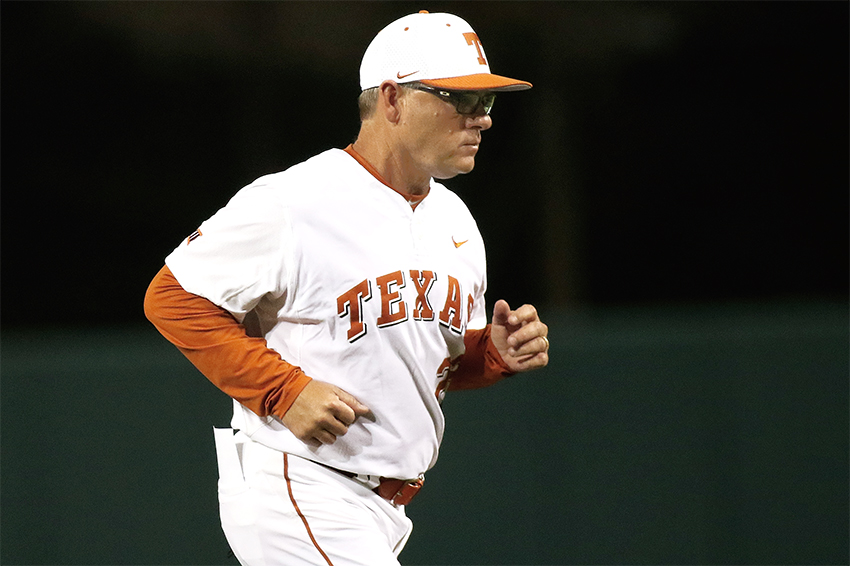 Cinderella runs are tough to stop – even in conference tournaments.

No. 8-seeded Oklahoma State proved just that when the Cowboys shocked the conference this weekend after recording the last out to beat No. 6-seeded Texas for the Big 12 championship.

Nobody had this Oklahoma State team coming remotely close to the title game, but as 1 p.m. approached Sunday afternoon, Cowboy fans made the one-hour trip to Oklahoma City and flooded Chickasaw Bricktown Ballpark to watch their Cinderella team.

They weren’t quiet, either. Cowboy fans made their presence felt all afternoon in what felt like a home game for Oklahoma State.

“That was pretty incredible,” Oklahoma State’s relief pitcher Carson Teel said. “I was telling the freshmen, ‘You know what, it’s going to be a good crowd first day, but if we make it to the championship you’ll see something you’ve never seen before’ … it was really awesome to see that much orange there.”

Despite having the majority of the 8,923-person crowd against them, the Longhorns silenced them early with a two-run first inning. But the Cowboys would have an answer, and for the first time in the tournament, Texas’ opposing crowd played a factor.

Texas ace Morgan Cooper got the start and held the Cowboys to one run in his three-inning performance. However, when the Texas ace left and junior Connor Mayes entered the game, Oklahoma State capitalized.

The Cowboys utilized a three-run fourth inning to take their first lead of the afternoon. Once Texas got down 4-3, the Cowboy fans didn’t let go of the momentum.

“It was a great environment,” head coach David Pierce said. “It was like a super regional game three on the road, and our kids played with a lot of grit, a lot of determination.”

Although Texas fell behind, the Longhorns put themselves in the driver’s seat in the fifth inning. Sophomore Kody Clemens stepped up to the plate with bases loaded and one down, but the Longhorns came up empty after Cowboy third baseman Garrett Benge snagged Kody’s line drive and tagged third base for a double play after senior first baseman Kacy Clemens got caught leaning of the bag.

“I mean, it’s tough,” Kacy Clemens said. “Baseball is a game of failure … Kody hits a line drive and a lot of times that ball gets through … I mean, that’s just unlucky, obviously.”

Oklahoma State extended its lead to 6-3 after a solo shot to deep right field in the seventh, and despite a Longhorn two-run seventh, they couldn’t muster the game-tying run, falling one run short in the Big 12 title game.

“We weren’t perfect on the day, but at the same time I’m really proud of the way our team played,” Pierce said. “It was just a great job of competing all day from the very beginning until the last pitch.”

Oklahoma State sketched its name into the history books after being the first-ever eighth seed to win the title in Big 12 Championship.

“We hung in there all year long,” Oklahoma State head coach Josh Holliday said. “And we were pretty much kicked to the curb as far as having any chance here in Oklahoma City.”

The Cowboys had no hope at earning a bid for the NCAA regionals with a 8–13 conference record. However, after winning the conference title, the Cowboys earned an automatic bid in the regionals — that’s what made this win so big.

“What they had to do to come through this tournament is really commendable,” Pierce said. “I thought (Holliday) had his team well prepared, and they played well the entire weekend.”

As for Texas, although Pierce’s team fell one win short of Texas’ sixth conference title, this loss doesn't mark the end of the season like it did last year. The Longhorns will find out where they’ll head for the NCAA regional during the selection show on Monday.

“This team has a lot of pride and has grown up together and has matured together,” Pierce said. “So I think we still are getting better going into the regionals.”

The Longhorns have a lot to build off following their long tournament run. Three wins against No. 3-seeded Oklahoma, No. 7-seeded Kansas and No. 2-seeded TCU paired with freshman shortstop David Hamilton and Kacy Clemens earning spots on the all-tournament team gives fans an idea of just what the Longhorns are capable of.

The Longhorns appeared to piece things together this week, and they still have baseball to play. Just how much they have left is in their hands.