“It Comes at Night” terrorizes with tense human drama 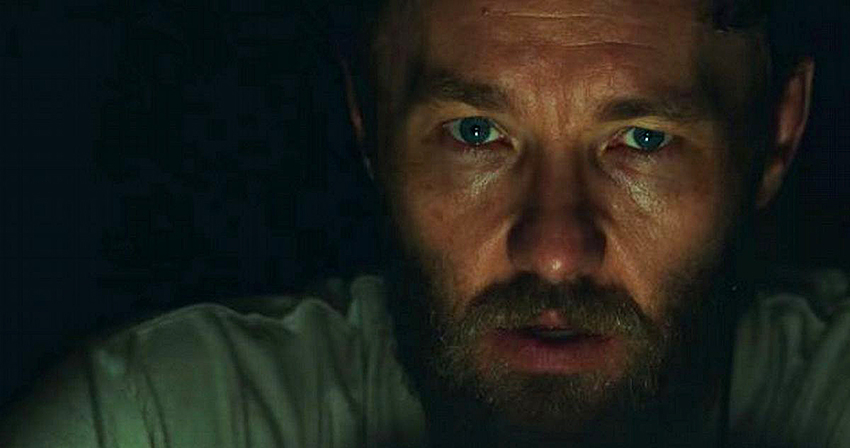 What lurks in the shadows beyond the trees?

Anyone who’s even a little horror savvy will immediately think they know the answer while watching “It Comes at Night.” They’ll recognize the familiarity of Bud’s (David Pendleton) infection, how it dulls the old man’s mind. They won’t need any explanation as to why Paul (Joel Edgerton), Bud’s son in law, must set his corpse ablaze after shooting him. All the while, the darkness of the woods seems to stir.

Writer-director Trey Edward Shults knows his second film appears easy to figure out. He knows this generation of filmgoers has had a healthy diet of “The Walking Dead.” His set up is so recognizable that “It Comes at Night” will invite many expectations, but his payoff will defy most of them, if not all.

After showing the gruesome details of Bud’s death, the movie introduces the spartan life of Paul, his wife Sarah (Carmen Ejogo) and his son Travis (Kelvin Harrison). The family has isolated themselves from the crumbled world in a forest cabin. It appears they survive on better terms than most, especially when a starving stranger, Will (Christopher Abbot), breaks into their home.

Will pleads with Paul to help his own wife, Kim (Riley Keough), and young son, Andrew (Griffin Robert Faulkner). After some deliberation, Paul agrees to bring the stranger to their home, hoping the extra manpower will make the cabin safer. But Paul and Will soon come to realize how little they trust each other, and it’s only a matter of time before the families give into their paranoia.

While Paul is the patriarch and a man of action, Travis is our eyes and ears. Shults and astounding newcomer Harrison give glimpses of Travis’ crush on Kim, convey the anguish he feels after Bud’s passing and take us into his nightmares involving the cabin’s red door, the only thing that stands between safety and Hell. Travis is the vessel through which we experience the mounting anxieties. Who will betray the other first? Has one family exposed the other to the disease?

Edgerton continues to prove his worth as a leading man, but this time his ever-sturdy presence can’t mask Paul’s actual helplessness in the face of humanity’s fall. Abbot’s portrayal of Will balances enough kindness with insecurity to make us question our own perceptions of his behavior, and it’s clear that his character truly loves his family. There are not moral absolutes in “It Comes at Night” – everything is permitted for the sake of survival.

Excellent production design supports the performances by making this post-apocalyptic setting feel alive. The cabin, with its creaking wood and lack of electric lighting, makes for a creepy abode. The sound design highlights the crunching of leaves, the deafening reports of gunfire and the growls of something unmistakably monstrous. Cinematographer Drew Daniels crafts crisp, haunting images that evoke feelings of menace. He lingers on the unseen, and in doing so, allows our imaginations to lead us to darker places than he or Shults could hope to.

“It Comes at Night” is a remarkable work of art. Shults demonstrates a strong command over his material, restraining himself from succumbing to cliché and special effects-heavy spectacle. He focuses instead on the spectacle of human drama, on the monsters born from fear rather than from the supernatural. There may be death beyond the trees, but evil lurks within the light.

“It Comes at Night”