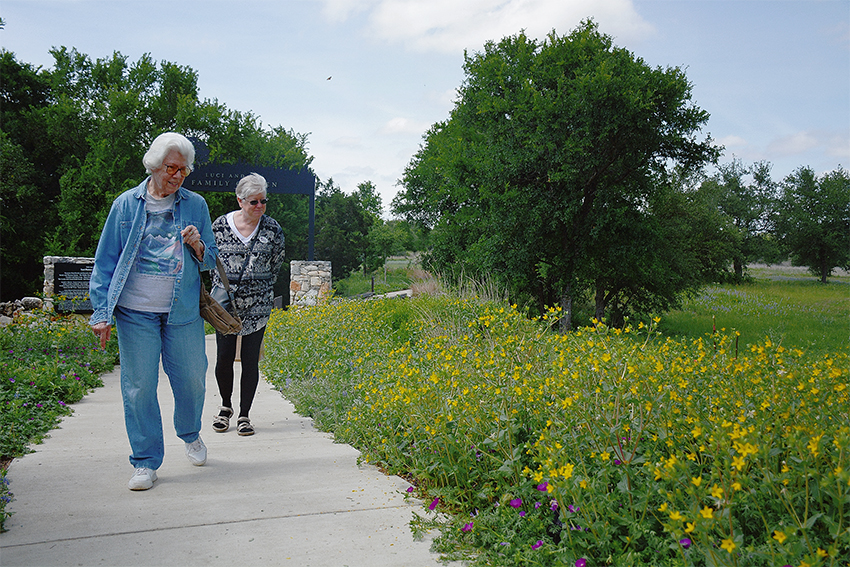 The Lady Bird Johnson Wildflower Center, a non-profit botanic garden and research unit of UT,  hit a major milestone in May when it received an honorary designation from the Texas Legislature as the state botanic garden and arboretum.

“We are honored to receive this acknowledgement of our efforts to conserve Texas’ floristic heritage,” said Patrick Newman, the Wildflower Center’s executive director.

Since then, the center has been dedicated to the conservation of native plants through its gardens, research, education, consulting and outreach programs. More than 800 species of native Texas plants are growing throughout the center’s 284 acres, which has made it home to the largest native plant garden in Texas.

“The Wildflower Center is an unparalleled resource in our state, providing conservation, education and consulting programs to preserve and protect our environment,” UT President Gregory L. Fenves said in a press release.

The center uses its research, developments and designs to create research and conservation projects spanning from the far west of Texas to Tulsa, Oklahoma. The funding for these projects do not come from the state, but rather come from renting out the facility, admissions, donations, grants and contracts.

Some of the center’s projects can be seen throughout campus as well.

In 2016, the center, in collaboration with the School of Architecture, implemented a living wall on Guadalupe Street, called Goldsmith Hall Living Wall. The wall gives students walking by the opportunity to contemplate the role that green spaces have in urban environments and is designed to attract wildlife, such as bees, lizards and birds. The wall also has a plethora of environmental benefits.

Ecological research and design director Matthew O’Toole said the project was an experiment to establish plants on a vertical wall and create a habitat for animals to frequent the small space.

Also in 2016, the center planted a green roof on Dell Medical School to promote health benefits, which corresponds with research that suggests visible green spaces can facilitate faster recovery in hospital patients and improve the wellbeing of staff and visitors. The green roof was also designed to flourish without irrigation.

“These projects really benefit the university and the employees that work there,” O’Toole said.

O’Toole said that in the future, the center wants to make plans to create projects that incorporate plants and available open space on UT’s campus.