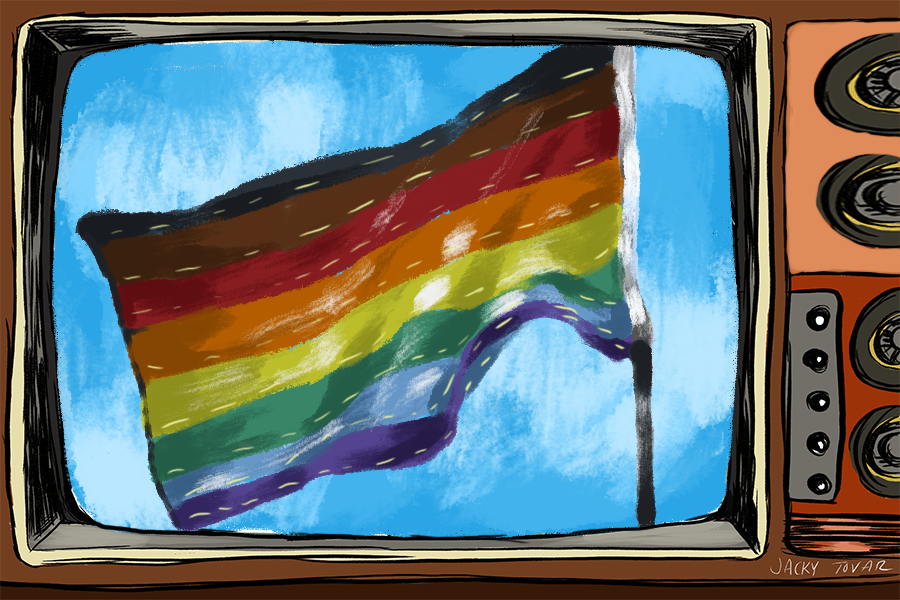 June announces its Pride celebration with vibrant colors, hot summer days and nationwide gatherings and marches. What began as a day to honor the 1969 Stonewall riots in Manhattan quickly evolved into a month-long celebration of community, a refusal to accept inequality and a presentation of self.

This year’s Pride celebration calls into question one key principle: inclusivity. Pride celebrations are being called out for the heavy participation of the straight population and feel greater pressure to evenly represent a diverse LGBTQ community within an evolving political and social climate.

One of the most significant contributing influences on LGBTQ representation in American culture is the portrayal of this community in television and film. While LGBTQ characters have been featured more frequently in the past decade, of the meager 5 percent of characters who are members of the LGBTQ community, 60 percent of these characters are white and most are gay or lesbian.

The media must continue to expand the accurate portrayal of LGBTQ communities by focusing on the representation of characters that do not cater to stereotypes or outdated convention. Too often we’ve seen television hesitantly dip its toes into LGBTQ representation by flashing the white gay or lesbian couple for a moment while falling prey to the unnecessary sexualization of lesbian couples or the stereotypical gay prop with no real storyline (think Damian from Mean Girls).

TV continues to make strides in the portrayal of LGBTQ characters but still misses the mark when it comes to the depiction of people who are not white. One third of parents are dissatisfied with the portrayal of African-American, Hispanic/Latinx, gay and transgender people in TV and movies and half of parents feel there is a lack of non-white role models for children.

The recent success of the film “Moonlight” paved the way for representation of the black LGBTQ experience. The anniversary of the mass shooting at the Orlando Pulse nightclub illuminated the presence of a strong LGBTQ latinx community. There is no excuse for media outlets to avoid redirecting focus onto this population.

Additionally, focus on gay and lesbian characters, who make up over 64 percent of LGBTQ television characters and over 70 percent of LGBTQ film characters, must shift to include fair representation of people who are bisexual and transgender. The evolution of the transgender character sheds a spotlight on an ugly history of casting this role in the form of a joke. The casting of non-binary characters as a punchline, such as Benedict Cumberbatch’s role as “All” in “Zoolander 2,” needs to come to an end in order to promote fair and accurate representation.

Pride month marks a celebration of identity, an expression of personality and passion and a movement for equality. To meet a demand for inclusivity, the media must emphasize positive treatment of the LGBTQ community and shift the focus to stories about non-white characters. Choosing to portray people whose realities and identities do not match traditional television and film tropes will open the door for equality in expression and representation.

Emily Severe is a Business Honors junior from Round Rock.