Cruz opposes Senate healthcare bill for all the wrong reasons 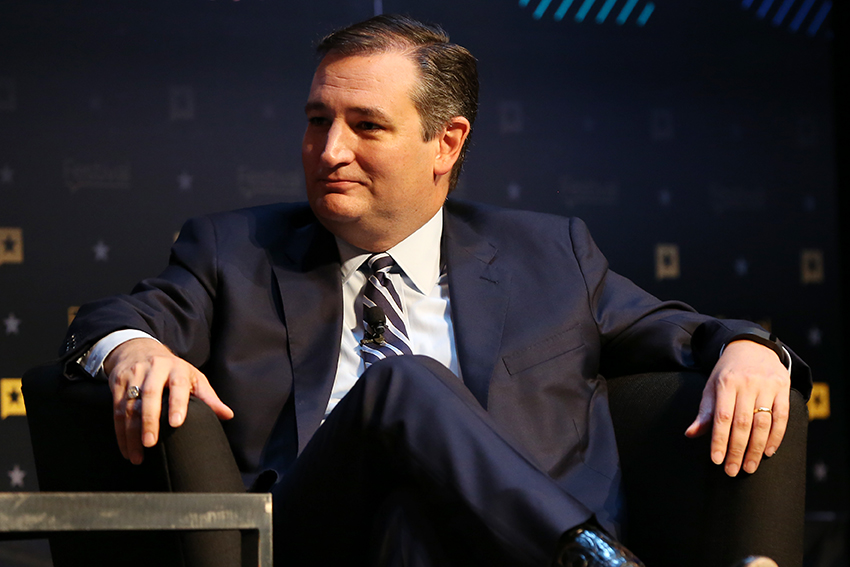 Occasionally, Sen. Ted Cruz actually stumbles into doing something useful for his state and country.

Last year, he became the unlikely hero of Trump opponents on the left and the right when he pointedly refused to endorse his party’s nominee at the Republican National Convention in July. His speech was the disastrous centerpiece of a convention that was largely panned by pundits for plagiarism, poor planning, and P-list celebrities — for all that it mattered in the end.

He later endorsed Trump, proving that whenever Ted Cruz does something seemingly good, there’s always a catch. That was true this past week too, when Cruz joined three Senate GOP colleagues in opposing a bill to repeal and replace the Affordable Care Act.

If that sounds like good news for liberals, it’s because pragmatically speaking, it is. This is a bill that would dismantle a significant part of former President Barack Obama’s legacy while causing 22 million people to lose their health insurance — Democrats, of course, want it dead. And for that to happen, they need at least three Republican senators to oppose the bill.

But Cruz’s sudden usefulness to the cause of People Not Dying doesn’t come from compassion or the goodness of his heart. Instead, he and his cabal of healthcare holdouts are worried that the bill isn’t conservative enough: included in his wish list for a final draft of the bill are provisions to “incentivize states to cap punitive damages in medical malpractice lawsuits” and create “real flexibility for Medicaid,” devolving some control over the program from the federal government to the states.

Moreover, it was reported on Thursday that Cruz is proposing an amendment to the bill that would finally secure its passage by satisfying moderate and conservative Republicans alike. The amendment would allow health insurers to offer plans that don’t comply with Obamacare regulations as long as they offer one plan that does.

These are all ideas that would make life worse for Americans with high medical costs and better for health insurance companies. Cruz wants a bill that would make it cheaper for providers to engage in malpractice, easier for states to cut Medicaid spending, and possible for insurers to offer bad plans at low prices to people who either think they don’t need health care or can’t afford better, while sick people crowd out the more comprehensive plans and create high-risk pools.

If Republicans seriously want to replace Obamacare with something better, they can start by crafting a bill that doesn’t leave 22 million people uninsured, doesn’t drastically cut Medicaid, and doesn’t defund Planned Parenthood. Oh, and they might even consider working with Democrats, as some moderate Republicans like Alaska Sen. Lisa Murkowski have suggested.

If only they were given to such common sense. More likely they’ll stay on the current course, get lucky and hit that legislative sweet spot: just palatable enough for moderate Republicans, and just bad enough for Ted Cruz.