The Exchange Artists pull their audiences into a new theatre experience 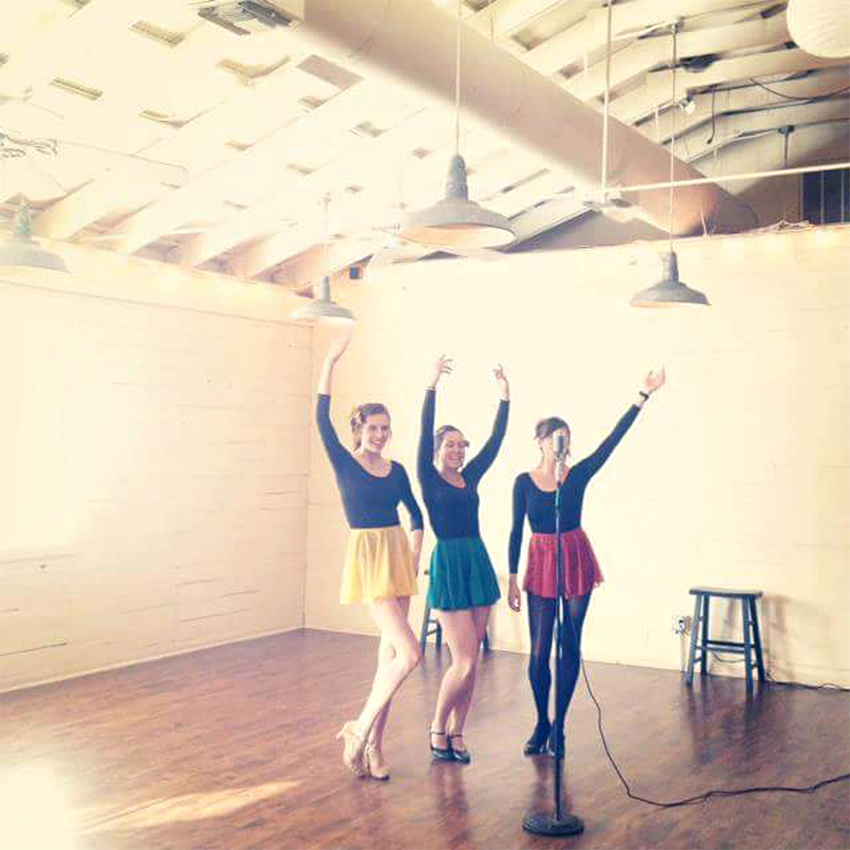 While most audiences walk into a large theatre and expect ushers to direct them to their row before a performance, The Exchange Artists move beyond the stage and literally sweep audiences off their feet to engage them on all levels.

Founded in 2010, The Exchange Artists is a theatre company run by director Rachel Wiese and her two co-founders, Katherine Craft and Bridget Farr. The three of them focus on immersive theatre that allows audiences to interact with the performers in an open or public venue.

Though this form is trendy, experimental theatre isn’t meant for larger-scale stage productions, Wiese said her budding company wasn’t drawn to the style because they felt limited to small-scale shows.  Rather, she said the format complements  the troupe’s creative approach to storytelling.

“We didn’t come to our aesthetic out of necessity, we came to it out of curiosity,” Wiese said. “We didn’t even know we were doing immersive theater when we started.”

Exchange Artists aimed to be innovative without completely alienating audiences who were used to traditional theatre. In 2012, Weise directed a unique take on iconic plays with a series called Hot Nights. The venue was a bar where local Austin bands jammed alongside the performance.

“As we did our take on A Streetcar Named Desire, a band called DD Dagger played music that complemented the story,” Weise said. “We rewrote the ending where everyone died and called it A Streetcar Straight to Hell.”

UT alumna Katherine Craft wrote most of Exchange Artists’ original plays and added a lot of the immersive elements to their productions. In 2014, Craft scripted A Circle of Wagons, a series where audiences moved from one backseat of a car to another as they watched actors perform inside.

Drawing inspiration from fairy tales, Craft said she leans towards the more fantastical side of storytelling and scouts for ideal locations around Austin that reflect her vision. One of the first plays Craft wrote for Exchange Artists was set in the Elisabet Ney museum at Hyde Park.

“If you’ve ever been there, it’s like being in a little castle, so it immediately conjures up these ideas of a fairy tale,” Craft said. “It’s all about working with the space first, then we create the stories that fit those spaces.”

Craft is currently finishing her MFA in screenwriting and wants to also experiment with film and TV. Exchange Artists helped produce one of Craft’s short plays from Circle of Wagons into a short film, Charlotte & Charlie, and is now crowdfunding to finish post-production.

As Exchange Artists continues to experiment, Bridget Farr has also been a creative force with new ideas, co-creating Hot Nights and another series last August titled Again. The premise had actors reenact difficult memories in their lives in front of an audience and see if they could change the outcome.

“The idea was to do a test run with trained actors who weren’t going to feel uncomfortable sharing their story,” Farr said. “Hopefully in the future we can have audiences submit their stories, but we have to build a strong performance to help those people tell their stories for themselves.”

Exchange Artists’ next endeavor this coming month is to complete Charlotte & Charlie and submit it to festivals, but Wiese said the company won’t be diving too far into film and will continue to use the theatre medium to create engaging and memorable experiences in the Austin Community.

“Our performances tag spaces in Austin as something special because when you’ve done something in a particular venue, it holds those memories,” Wiese said. “Audiences know that at these places, they’ve seen or experienced something totally unique.”