To understand mental health, start teaching at an earlier age 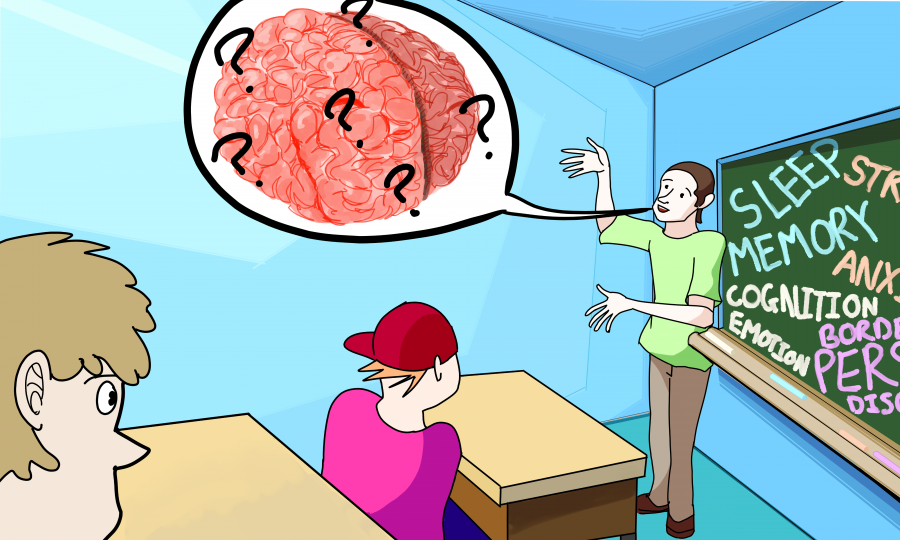 A patient manifests symptoms of loss of appetite, dramatic weight loss, body pains, and intense lethargy. Is it a severe infection? Is it cancer? Is it depression? Is there a difference?

Medically, yes. But in the way that the general populace thinks of these three conditions, there shouldn’t be. They are all severe diseases that respectively affect millions of people worldwide. And if you believe that depression is “all in your head,” then it may be surprising to hear that the cost of depression is $210 billion dollars per year in America alone, rivaling that of cancer and heart disease. Get that in your head.

Preachy facts aside, we can all agree it's time to start looking at these diseases the same way. So why is so little known about it? Likely because, mental-health education is introduced much later in one’s life.

Every kindergartener can tell you about the food pyramid, that you should wash your hands after using the restroom, and that smoking is bad. Whether they follow the former two lessons is… dubious. Regardless, they are aware.

The Texas Education Agency (TEA) ensures this by publishing a list of educational standards required of public schools. For students, these standards include lessons beyond the core subjects, touching on fine arts, physical education and health education. It’s through lessons in PE and health that students learn about concepts like cancer, germs and the importance of a good diet and exercise.

Mental health, however,  is not addressed in any of the TEKS elementary education standards. In fact, the phrase is mentioned once in the third grade learning standards, and that too out of the context of psychiatry. Disregarding the Great Depression, depression is not mentioned at all.

It’s impossible to further the discussion on mental health at a later age if it isn’t profoundly familiar in the same way as germs, or cancer, or heart disease. That blow-off AP Psych class was more concerned with memorization of academic psychology than interacting with real world victims of mental health. There are few public school-sponsored programs that engage students in a discussion on the destructive nature of mental-health disorders. While other states’ curriculum address these issues as early as junior high, it’s not soon enough. By the time they are afflicted, school administrators and students’ peer groups should already provide an environment familiar with mental health.

Children’s psychological states are not static. Stressors such as family-induced trauma can damage a child’s mental health, often preventing children from seeking help or being heard if they do. Family is not always a viable option for a safe environment. Particularly, many minority children face additional cultural taboos against mental health and addressing familial abuse, making finding a safe space all the more difficult. Without an environment that is educated about mental health to help at an early age, adult life can further complicate such trauma.

Mental illness is no longer an obscure term shrouded in misunderstanding. A substantial scientific body of evidence concludes it is a disease. It’s far beyond time to standardize mental health education in students as early as elementary school.