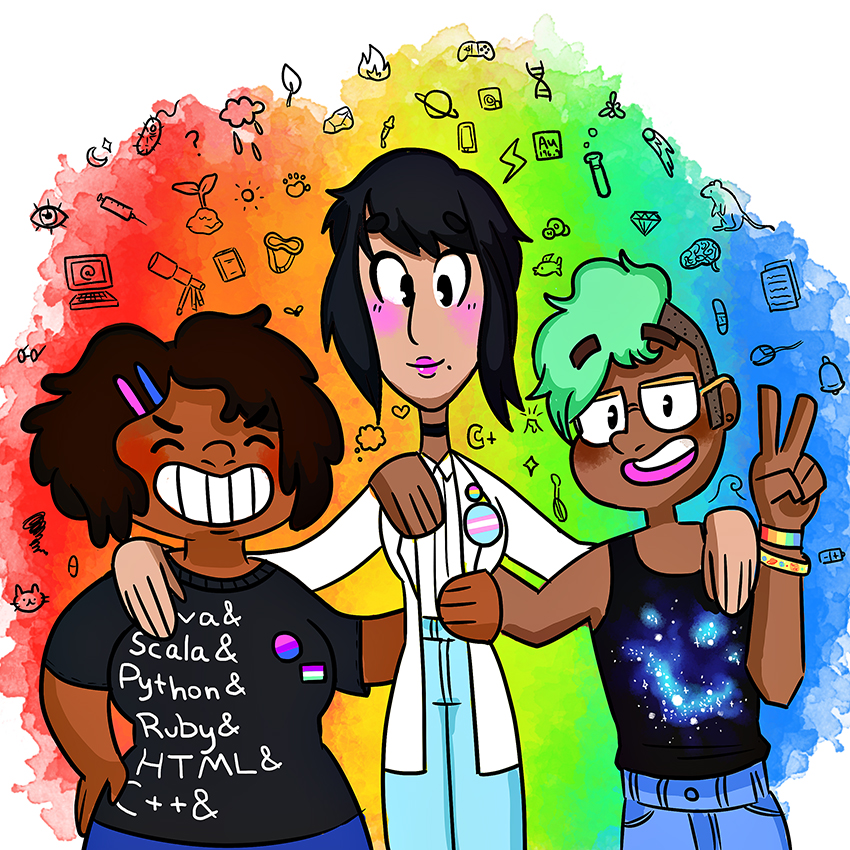 Currently in the making, the CNS-Q  student group will allow LGBTQ individuals to network and meet new friends and allies within the College of Natural Sciences.

The club, which will officially start in the fall, developed out of efforts by the CNS Diversity and Inclusion Committee to build LGBTQ transparency, or awareness of LGBTQ coworkers, in the college.

“You can walk the halls and never see anything related to being LGBT or queer,” said an anonymous source quoted in the 2017 CNS Diversity and Inclusion report . “I had one faculty member with a safe zone sticker on the door, and it made such a difference for me to feel comfortable going in for that meeting — I didn’t have to worry about being queer.”

LGBTQ transparency is not as definitive as many would think in science, technology, engineering and mathematics fields, according to the 2013 international “Queer in STEM” survey. The survey found that although nearly all fields of science include LGBTQ scientists, 40 percent have not come out to their coworkers. The study also found that these individuals are more likely to reveal their identities if it is well known that their workplace will support them.

Since fall 2016, the committee has worked to improve on these issues and foster a positive climate in CNS. As chair of the committee, professor Stephen Russell leads the group to identify ways to better CNS diversity.

“Rather than really big huge ideas that are hard to get our hands around, we wanted to identify specific things that we could do as a college to improve the climate for diversity and inclusion,” Russell said.

He added that one of the largest challenges the committee faces is the low awareness of LGBTQ people and issues in the natural sciences.

“In many cases and places ‘it just doesn’t come up’ — so it may feel to people like there is no representation, or no visible people or recognition of the issues,”  Russell said. “We need to be explicit: We want for our research labs LGBTQA+ people, women, people of color, people with different religious backgrounds … We want that diversity in our students, on our faculty.”

This spring, the committee proposed forming a group of undergraduates, graduates, postdocs, faculty and staff that would provide a zone of transparency, Russell said. Students have expressed excitement for the group, and some have reflected on the state of representation in STEM-related fields.

“There is not necessarily a lack of LGBT representation in STEM,” said a source, who asked to remain anonymous. “But rather a lack of connection between LGBT STEM faculty and students.”

Other students have found their experience as LGBTQ students in STEM fields to be quite welcoming during their time at UT.

“Most of the (LGBTQ) STEM (students) I know are thriving and just being successful,”  electrical engineering sophomore David Lok said.

He said that the college has changed since his years as a student.

“One of the things I really hope is that we can engage with LGBTQA+ alumni of CNS,” Russell said. “I would love to show those folks that UT CNS is a different place now, and to connect them to our amazing current students, who could learn so much from their personal and professional experiences since leaving UT CNS.”