According to McCombs study, smartphones drain attention even while turned off 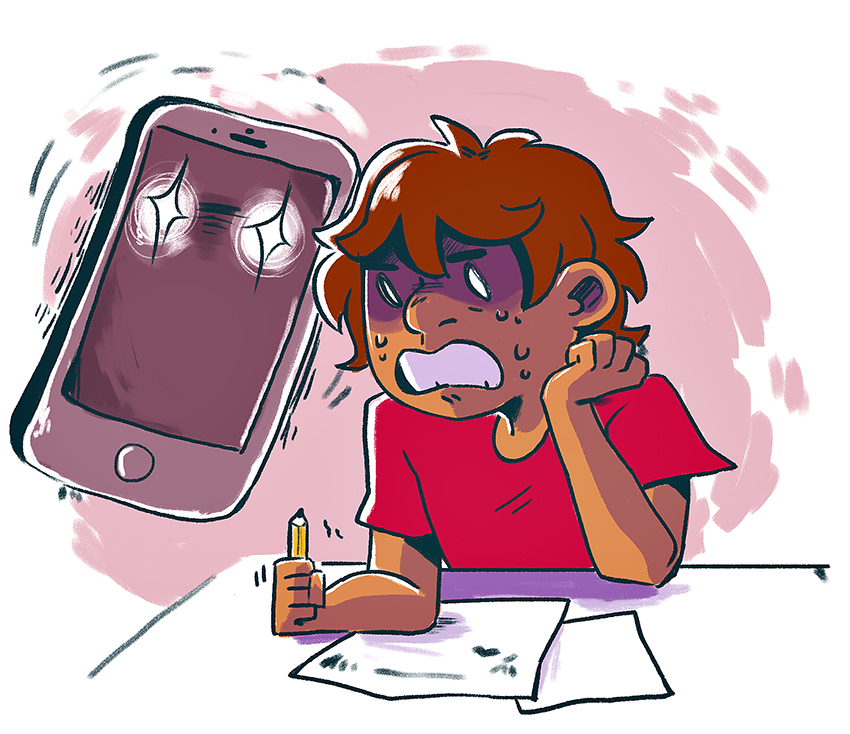 A recent study from the McCombs School of Business found that keeping smartphones within reach can reduce available cognitive capacity, or the amount of information the brain can retain at a particular time.

In their first experiment, the researchers asked participants to place their phones either in their pocket or bag, on the desk face down or outside the room altogether. The participants then completed a series of tasks designed to measure available cognitive capacity.

McCombs assistant professor Adrian Ward, the lead author of the study, said the people whose phones were in another room outperformed those with their phones on the desk or in their pockets.

“We have really limited mental resources that we use for basically everything,” Ward said. “The location of the phones had a significant effect on cognitive capacity. It didn’t even matter
whether the phones were off or on. Just suppressing the temptation to use it was enough to devote less attention to the tests.”

The researchers then conducted a second experiment, in which participants self-reported their smartphone reliance and then took the tests from the first experiment. The cognitive capacity of participants with a greater dependence on their smartphones changed more significantly when their phone was in the room.

Ward said he thinks the decrease in cognition is due to how personal phones are, as well as their general ability to connect with everything.

“Some things are always relevant to us — we always pay attention to them,” Ward said. “For example, if you’re in a conversation and someone else says your name, you still hear it. As we continue to depend on these devices, having them there is almost like hearing your name. We have to resist the urge to pay attention to it.”

Although Ward’s research suggests phones might be a brain drain, he also said that removing people from their phones could cause them to perform worse due to separation anxiety. Finance sophomore Zach Wendell said he is less able to concentrate without his phone.

“I’m so used to the feeling of having my phone that if I didn’t have it, it would distract me,” Wendell said. “Like if I walk around without it in my pocket, it feels weird. Usually, I get distracted only if I unlock it.”

Ward said he will conduct follow-ups in different environments to determine what practical effect smartphones really have, but that desk tasks are probably the most problematic areas
for phones.

“Forcing yourself to stay on task takes up cognitive resources,” Ward said. “What I do is get my phone off my body and out of sight. I hide my phone in the corner of the room. I think it’s a good idea to separate ourselves a little bit.”