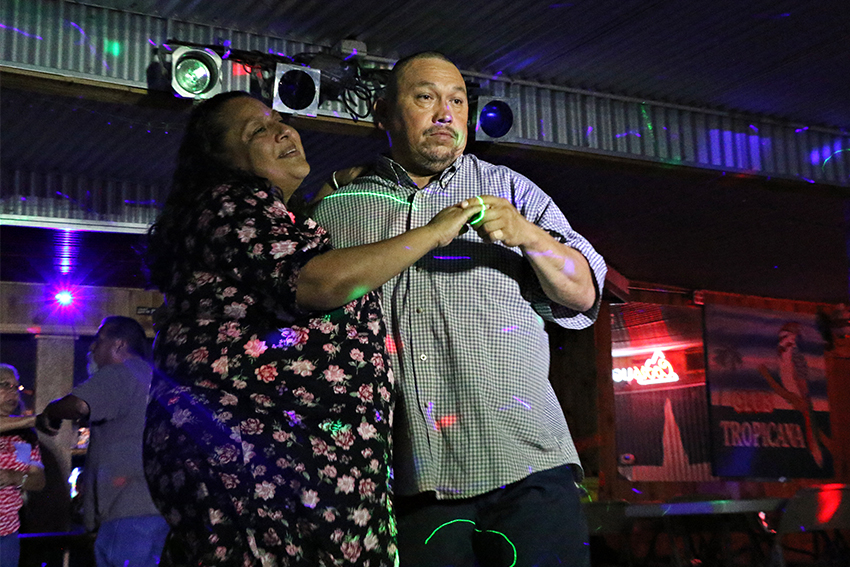 A sprinkle of German ancestry and a touch of Mexican roots, mixed with a little Texas spice, produce the salsa that is Tejano music, a genre that has been giving flavor to the Latino music scene for generations.

Since the inception of Tejano music, Austin has been a hub for Tejano performers. Now, Tejano music nights at local venues such as Texas Club Bar and Grill, Tropicana and OK Corral, combined with Tejano music idol contests and local festival performances are working to keep the Tejano music scene alive.

“When the city does events, we are the live music capital of the world, (but) whenever they do events, they never include Tejano music,” said Aggie Sanchez, president of the Austin Tejano Music Coalition. “It is not the first type of music people think when they do an event in Austin.”

Sanchez said they began the coalition to increase the dwindling support for the Tejano industry and have since been able to have small wins as they fight for increased presence in the Austin music scene. Sanchez said it isn’t enough yet considering that close to 40 percent of Austin’s population has Mexican American roots.

“I see it improving a little bit, and it is because of Mayor (Steve Adler),” Sanchez said. “The city has a budget to go towards music in the city and in the past the Hispanic music people have gotten I think 11 percent of that budget, and that is a sad case. So, what the mayor has done is he is trying to improve it.”

After two years of fighting for funds and with the implementation of new music programs and help from Hispanic commissioners, Sanchez said the coalition has received government funds for the first time to create and promote Tejano music events, such as the recent Tejano Heritage Celebration at the Capitol.

“We had people dancing on the lawn of the Capitol,” Sanchez said. “I’m really happy and proud that they helped us do that. But that was the first time they have done that. We have been together for 12 years.”

Local venues have also joined the effort to preserve the Tejano industry by hosting weekly Tejano nights. Danny Sifuentez, owner of Texas Club Bar and Grill, said this was a part of his initial idea when he decided to open his business.

“My dad used to have a bar when he was young, and I always wanted to open up one, so I did and Tejano music is what I listen to,” Sifuentez said. “I’m trying to bring in bands and keep it going. It is what I listened to all my life since I was little.”

Sifuentez said he has noticed business has slowed a little and it has even gotten him to consider bringing in other types of music like country. Though he said they are one of the few locations where the public can still enjoy Tejano, the younger generations are not attracted to it.

“There used to be a lot of bars on the east side, and they have been bought out, so there is not a lot of places that have Tejano music here in Austin,” Sifuentez said. “The younger generation, they don’t listen to Tejano anymore, that’s why it is dying out.”

With the decreased presence of Tejano venues, Steve “Rat” Silvas, founder of local Tejano band Canonazo, said it has become increasingly difficult for them to find places at which to play or that are willing to pay what other states would normally pay.

“The support is there, but the only problem is when it comes to paying to go see artists,” Silvas said. “Once you start charging a $20 cover, it becomes a problem. Whereas, you play in California or Chicago, the people over there are really supportive because they want Tejano music out there and they pay $40 or $50. It is not like it used to be it is not dies off, but the kids want to listen to Latin pop, other genres.”

Silvas said it is worth putting the effort to preserve the Tejano industry so that new generations understand where these sounds come from and how these sounds represent their culture and identity.