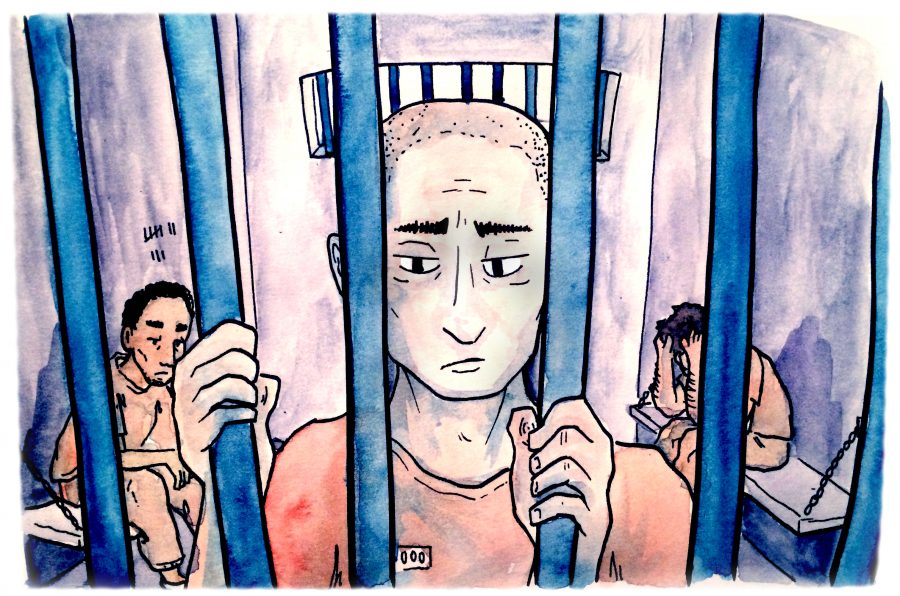 With these shocking statistics comes an even more shocking truth — no rehabilitation programs exist in association with drug related offenses. Drug addiction is the physical or psychological dependence a person has on a specific drug. Once an abuser reaches the dependency level, it is next to impossible to break the addiction without assistance.

If someone attempts to stop using a drug without weaning themselves off of it, they will experience withdrawal. Withdrawal symptoms occur when a drug is completely removed from an addict’s system. It is extremely uncomfortable and makes quitting notably harder, which is why rehabilitation centers were created.

“I have been arrested for three separate drug offenses,” Robert Weis, a plumber from Bloomingfield, PA said. “I am an alcoholic and a drug addict, but the court never cared. They kept sentencing me and expecting me to get better on my own, which is easier said than done.”

Weis is now ten years sober, after abusing alcohol and drugs for over 20 years, with no help from the legal system. He admitted that the only motivation to break his addiction was watching his family fall apart because of his decisions. A sentence offering rehabilitation options or requiring rehabilitation options would have helped Weis to break his addiction sooner, getting him the help he needed.

In Texas, it costs around $20,275 to keep an inmate in prison. If rehabilitation was part of sentencing for drug offenders, millions of taxpayers’ dollars would be saved and freed to spend on more positive statewide issues. Aside from financial benefits, drug addiction rates would decrease dramatically, as well as the prevalence of drugs in communities.

All drug addicts need help abstaining from drugs. Whether they have been incarcerated for their dependency or not. Arresting and sentencing a drug addict to jail time is useless if that person is never going to receive the treatment they need to break their addiction. With the implementation of rehabilitation sentencing, individuals struggling with hopeless, paralyzing drug addiction would be given an opportunity to finally get better.