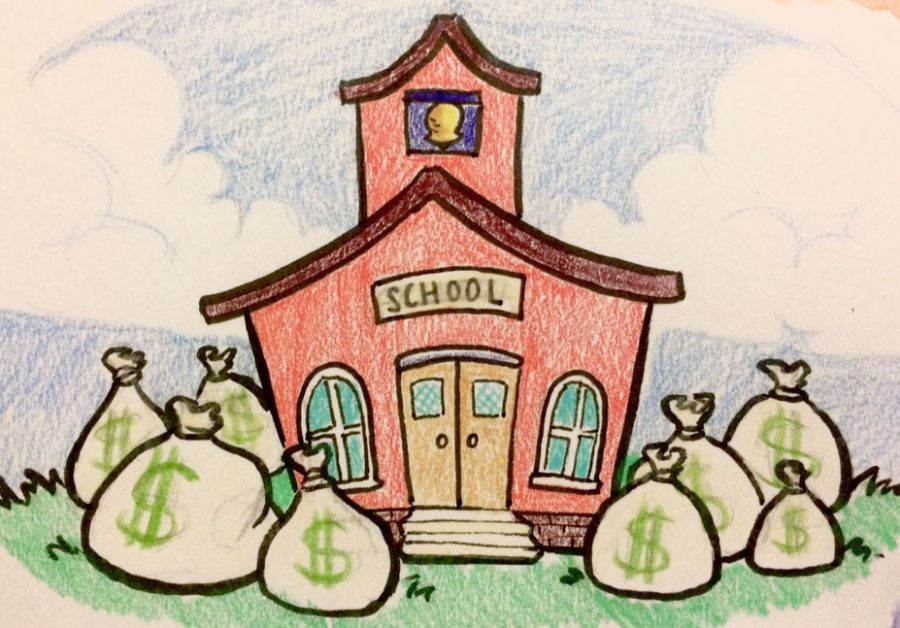 Texas House Speaker Joe Straus and Lt. Governor Dan Patrick have been at odds this legislative session. Patrick called Straus’ school finance reform bill a “Ponzi scheme,” claiming it would pave the way for a state income tax. A Straus-backed proposal in the House in the regular session would have given $1.5 billion to schools earlier this year, but the Senate effectively made the bill irreconcilable by passing a radically different version.

Fast forward to today, and it’s the start of the Texas Legislature’s special session. The education problem in Texas is approaching a tipping point. There are four main problems facing the state — the local districts’ share of the tab (which impacts property taxes) is rising; Additional State Aid for Tax Reduction (ASATR) funding is ending; teacher salaries are low; and Robin Hood is inequitable.

Lt. Governor Dan Patrick, shifting his attention away from social issues, proposed for bonuses to go to current and retired Texas teachers and proposed additional funding for the teachers’ retirement system. Also in his special session plan was $150 million to pressed-for-cash rural districts facing looming budget crises and $60 million for facilities in fast-paced growth districts and for charter schools.

Patrick’s proposition, in principle, is on the right track to solving the state’s educational issues. It would attract new talent to Texas schools, which would bolster increased salaries; grant money to rural districts, some of which are set to lose millions in state aid; and help ease the structural burden of Texas’ school districts experiencing exponential growth.

However, Patrick’s recommendation relies solely on existing dollars by delaying $700 million in payments to Medicaid-managed care organizations. Additionally, the state would be essentially directing the schools through an unfunded mandate to pay for teacher raises, something many districts can’t afford.

Texas is all about local control. In proposing a constitutional amendment to take $700 million from the $1.3 billion that the Texas Legislature already designates from the Texas Lottery to education and repurposing it for teacher salary raises, the allocation removes the local component from decision-making and leaves districts stretching each dollar further and further.

Nevertheless, Patrick’s proposal is perhaps the most balanced educational finance plan we’ll get this year, considering the budget for the next two fiscal years has already been approved. Yet Texas Legislators could dip into the Rainy Day Fund — temporarily — to help relieve some of Texas’ districts that are set to lose all their ASATR funding, like Comstock ISD, which has no football team, ag program, or band and will let go of its support staff this coming year to cope with the shortfalls. Patrick’s proposition already puts $150 million towards some of those districts, but additional funds for the 300 ASATR districts are preferable considering they received $400 million in additional funding during the 2016-17 school year.

At the moment, Patrick’s plan is likely the only thing that will get past both chambers this session and will help Texas districts avert a financial crisis in the interim. If the House and Senate agreed to dig a little into the Rainy Day Fund to aid strained districts temporarily, that would provide an umbrella to shelter schools from the “rainy days” on the horizon.

In the long term, only comprehensive Robin Hood reform coupled with concurrent property tax rate changes can solve Texas’ educational crisis. “The formulas have got to change,” State Rep. Kyle Biedermann (R-Fredericksburg) said. “Long term financial fixes mean somebody’s not going to get as much money as they’re getting right now….[and] the problem is the money isn’t getting down to classrooms.” Robin Hood fixes would relieve the system’s pressure and allow most local dollars to stay in local districts, the end-all, be-all of fiscal conservatism and local control. And, if comprehensive Robin Hood reform goes forward, Texans presumably won’t face property tax hikes nearly as often.

Though the lieutenant governor expressed interest in reforming Robin Hood during the special session, that kind of ambitious legislative work is probably far off, and a temporary fix, given the circumstances, will hopefully carry us through the rough country mile ahead to the 2019 regular session.

Verses is a Plan II and environmental engineering freshman from Austin.