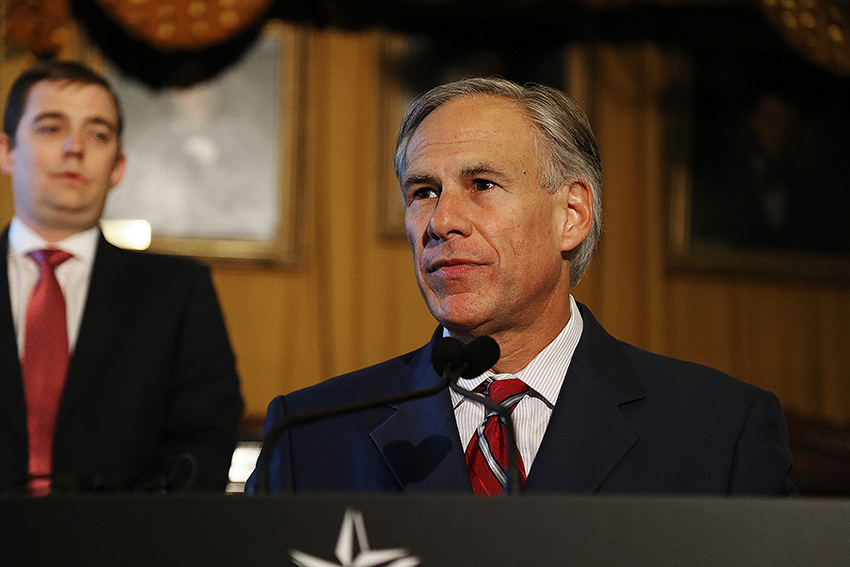 The Texas Legislature is free to move on to Gov. Greg Abbott’s 19 other priorities for the special session after the Senate passed the necessary “sunset” legislation early Thursday morning to keep the Texas Medical Board and other oversight agencies open.

In a midnight vote, the Senate unanimously approved Senate Bill 20 and Senate Bill 60, authored by Sen. Van Taylor, R-Plano, sending both bills to the House for consideration.

Shortly after the Senate vote, Abbott followed through with his promise and expanded the call for the special session.

“The remaining 19 items are now added to the special session,” Abbott tweeted shortly after the proclamation was read. “Let the legislating begin.”

With the must-pass legislation initially addressed, lawmakers began holding committee hearings where public testimony was taken to consider bills. Among these, the Senate Committee of State Affairs drew the most attention when they debated the session’s controversial “bathroom bill” Friday.

Senate Bill 3, authored by Sen. Lois Kolkhorst, R-Brenham, would require individuals to use the bathroom in government buildings and public schools that matches the sex on their birth certificate instead of in accordance with their gender identity. This bill also removes and prohibits several cities’ nondiscrimination ordinances that allow their transgender population to use the bathroom of their choice.

“There are many voices in this debate,” Kolkhorst said while laying out her bill. “We are here today because Texas has a tradition of taking care of these issues and not being dictated to by the federal government.”

The arguments for and against the bill were familiar, as Friday was the third time Texas lawmakers held a public committee hearing to address the issue. While proponents of the bill say it will protect the privacy of women and children, its opponents said the measure was discriminatory and would be bad for business.

These predictable arguments led to a predictable outcome. The Republican-dominated committee passed the measure by a vote of 8-1, and it will now go on to be considered on the Senate floor, where there are 20 Republicans and 11 Democrats.

Across the Capitol, the Senate Education Committee sought to reform Texas’ school finance system which has been deemed broken in the eyes of the Texas Supreme Court.

The committee passed Senate Bill 2, by a vote of 8-2, which — among other things — would create a tax-credit scholarship to fund education at a private school for students with disabilities. Students who are protected under the Individuals with Disabilities Education Act and Section 504 of the 1973 Rehabilitation Act would be eligible for the scholarship. Critics of the bill say it’s another form of the controversial private school vouchers program.

According to the bill’s fiscal note, the program, which would begin the 2018–2019 school year, would give qualified students the lesser of $10,000 or the cost of full tuition at a private school. For students who choose to remain in public schools within their district, they would be eligible for $500 to cover educational expenses.

Sen. Larry Taylor, R-Friendswood, said the bill would also create a Financial Hardship Transition Program to help districts facing funding shortfalls because of the expiration of the Additional State Aid for Tax Reduction program at the end of August.

“This is a bill that’s going to cover a number of different areas,” said Taylor, who authored the bill. “Its primary focus is on special needs and those who are most severely impacted by the loss of ASATR.”

Taylor said funding for the program would come from insurance companies that would receive premium tax credits in return for donating to scholarship organizations. The program would be capped at $75 million annually.

With the first week of the special session in the books, lawmakers have up to 26 more days to address the items on Abbott’s to-do list and send bills to his desk for a signature.