Donald Trump does not support our troops 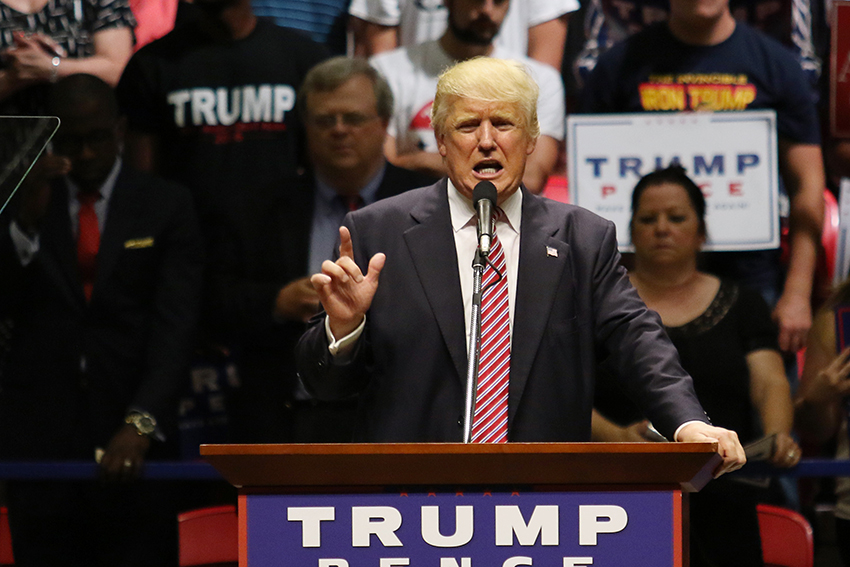 Frederick Trump, the president’s grandfather, was — by many accounts — expelled from his native Germany after dodging the draft. During World War II, while my grandfather landed on Omaha Beach, Fred Trump, the president’s father, was denying housing to black people in his slums. And Donald Trump himself received five deferments to avoid service in the Vietnam War, including one for “heel spurs,” which precluded him from the draft but not from a life of leisure and tennis. Nobody in Trump’s family has ever served.

And still Trump decided Wednesday that he would reinstate a ban on transgender members of the military. In a series of tweets, Trump noted that he would not “allow or accept” such people in the armed forces. However, these 140-character tirades do not address what will happen to the estimated 15,000 transgender people currently serving.

On the campaign trail, Trump infamously quipped that he knew more than the generals. Evidently, he still believes this. Earlier this year, when Congress attempted to defund appropriation support for gender reassignment surgeries for members of the military, which ultimately failed after top brass — including Defense Secretary James Mattis — lobbied hard against its passage.

The evidence thus far suggests this change was not done out of respect for military readiness, as Trump ludicrously suggested in his tweets. Axios quoted a White House official who admits this was a cynical, political move to box in red state Democratic senators with an issue perceived to be unpopular. POLITICO reported Wednesday it was all a proxy for a budget fight. Tuesday night, Foreign Policy reported on Vice President Mike Pence’s ongoing quest to reinstate this ban, which was lifted by the Obama administration last year.

So many things about this decision should disgust each and every American. It joins a chorus of other actions that show Trump’s promises on the campaign trail were hollow, in this case a pledge to be pro-LGBT. Perhaps the president is unaware of the people for which the ‘T’ stands.

But the action is especially grotesque because it follows a tradition of Trump debasing the military. In 2015, he mocked John McCain, who suffered torture for years as a prisoner of war, because he was captured. In 2016, he compared the plight of Ghazala Khan, a Gold Star mother whose son was killed in Iraq, to his own because he had “built great structures.”

This country reveres its military, with ubiquitous sentiments such as “Support Our Troops.” Anyone who has ever stood up and clapped at a football game for the returning soldier is familiar. The reason we do so is, in part, because we have a volunteer military, and their choice to serve means I have a choice to be a law student. We should understandably be very grateful.

All those people who wave flags and say those pro-military sentiments ought to be offended to their core by this. Supporting our troops means supporting them even if they have a different race, religion, sexual orientation or gender identity. Period.

How dare Donald Trump say someone is unfit to serve this country. He has never served anyone or anything a day in his life except for himself.

Horwitz is a second-year law student from Houston. He is senior columnist.