MoPac bike bridge stunning, but plays hard to get to 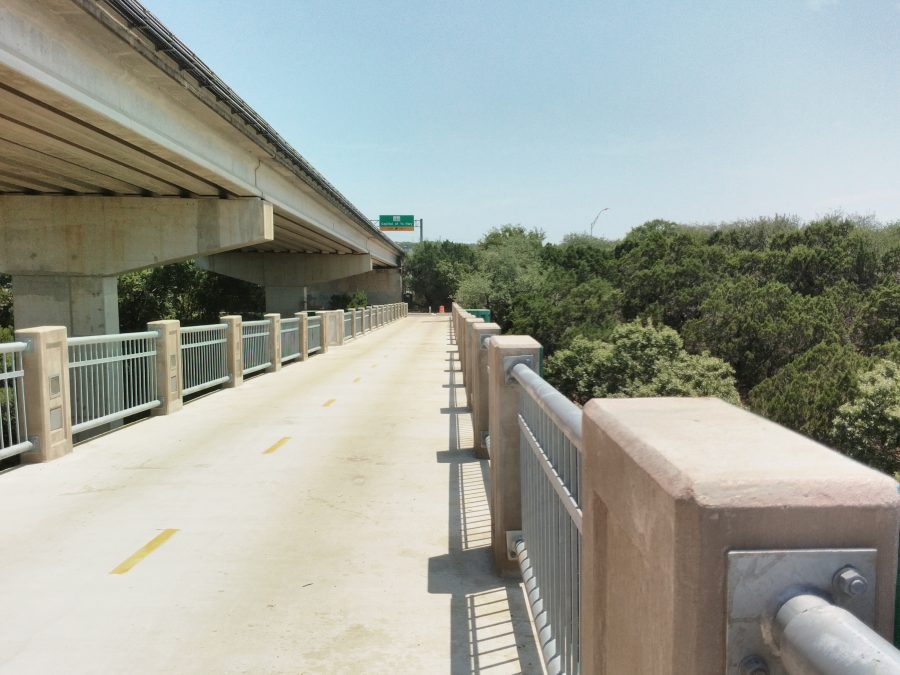 A bicycle and pedestrian bridge opened along South MoPac last month, giving cyclists and joggers a new way to cross Barton Creek. Visitors can enjoy nature, gaze at the beauty of the hill country and take a break from a busy Austin lifestyle.

Besides being a destination itself, the bridge is supposed to fill a big gap in Austin’s growing urban trail network and encourage more bicycle travel. But after spending $14.5 million and nearly 4 years on its construction, some are wondering if the effort was worth it.

Statesman transportation reporter Ben Wear did an informal head count a week after the bridge was finished. Discounting people just out for exercise or leisure, he figured there were only about 3 cyclists per hour commuting to work on the new route. The city plans to install a counter to track the bridge’s precise usage next month, according to city engineer Janae Spence.

Wear concluded Austin had just spent a “heck of a lot of money” on a “glorified scenic overlook.” Austin cyclists immediately fired back, arguing that the bridge simply needed some more time — and cooler weather — to get discovered.

I have my own theory as to why the new bridge isn’t popular yet — it’s only halfway built.

The Mobility Bridge’s southern end lets off at Gaines Ranch, a small hill topped with a few office buildings and apartment complexes. Further south, toward Sunset Valley and Oak Hill, MoPac crosses the Gaines Creek Greenbelt on another set of bridges.

However, the project did not include a new bicycle and pedestrian bridge across Gaines Creek. That’s expected to be built as part of the future Y at Oak Hill to Barton Creek Trail. Without this second crossing, the new bridge over Barton Creek is a great way to reach a select few locations at Gaines Ranch, but it stops just short of connecting to anywhere else in South Austin.

The only way I could get to Sunset Valley, where I planned to run errands at Walmart and get lunch at Mama Fu’s, was to ride my bike on the shoulder of MoPac’s frontage roads. There was no barrier that separated me from other traffic, nor was there a marked bike lane to give me a legitimate place on the road. A few feet away, cars zoomed past at 60 miles per hour preparing to enter and exit the freeway.

Only the most experienced, hardcore cyclists are willing to put up with such harrowing commutes. Bicycle infrastructure like the Mobility Bridge is supposed to provide a comfortable alternative, but the dedicated lanes have to reach all the way to your destinations to be useful.

I give the new MoPac Mobility Bridge an A-plus for its awesome views, but a C for its value as a bridge. It doesn’t connect me to the places where I want to go. Thousands of South Austinites will say the same.