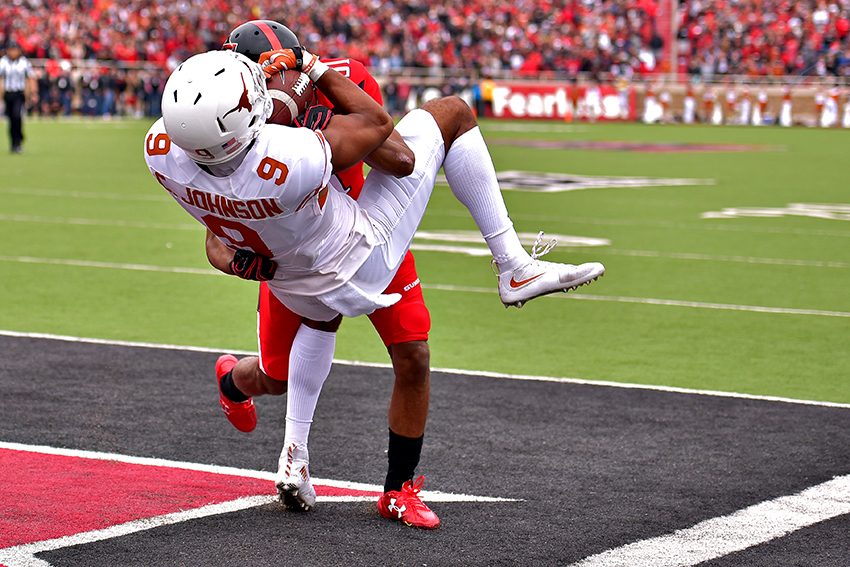 The graduation of Caleb Bluiett following last season left a hole at tight end heading into 2017. Head coach Tom Herman fretted over the lack of depth of the position throughout the spring, but that concern seems to be quelled for now. Texas sports four tight ends who will fight for playing time during preseason practice. Senior Andrew Beck is the lone Longhorn returning at the position, and he’ll be joined by graduate transfer Kendall Moore along with a pair of freshman, Cade Brewer and Reese Leitao.

“Kendall and the young guys have a ways to go in terms of acclimating to our system,” Herman said. “But it’s a lot better than where it was in the spring.”

Brewer has stood out in the first week of preseason practice, displaying his prowess as a pass catcher. The Lake Travis product spent much for his time in high school split out as a wide receiver, and may find a similar role with the Longhorns in 2017.

“(Brewer) is very agile, real quick in and out of his breaks,” Beck said. “He definitely creates a mismatch.”

The Longhorns finally got to see their new locker room Wednesday night after a four-month, $10 million renovation. And it did not disappoint. Players tweeted out pictures of the renovation, comparing their old lockers to the new ones, which each cost roughly $10,000.  Herman noted the impact the renovated locker room will have on the recruiting trail.

“The kids that we’re recruiting, some of the best schools in the nation are as well,” Herman said. “You want to provide them and show them that they’re going to have the best tools in the country that help them achieve their goals of development. As cool looking as (the lockers) are, they’re still very functional too… There’s a lot of things in those lockers that are beneficial beyond how they look.”

Johnson impressed in his freshman campaign, tallying 28 catches and three touchdown grabs. The San Jose, Calif. native often excelled at attacking the ball at its highest point, using all of his 6-foot-6-inch frame to box out opposing defenders.

Johnson should start the season as one of the Longhorns’ most lethal targets on the outside. And look for offensive coordinator Tim Beck to call No. 9’s name often, especially in the red zone.

“I’ve never had a guy with (Johnson’s) height and ball skills and ability to contort his body,” Herman said. “We’ve gotta see how physical he can be… so far he’s made a lot of improvement there.”

While Herman is still searching for added depth among the burnt orange defensive line, he noted three players who should see significant time at defensive end. Sophomore Malcolm Roach is joined by a pair of juniors Charles Omenihu and Chris Nelson, and Herman said those three players will rotate as Texas’ de-facto starters.

Roach wreaked havoc in opposing backfields last fall, compiling 33 tackles and eight tackles for loss. He said he and the entire Longhorn defense will benefit from another year of experience under their belt heading into 2017.

“We know what to expect now as a defense,” Roach said. “We’re coming closer together.”