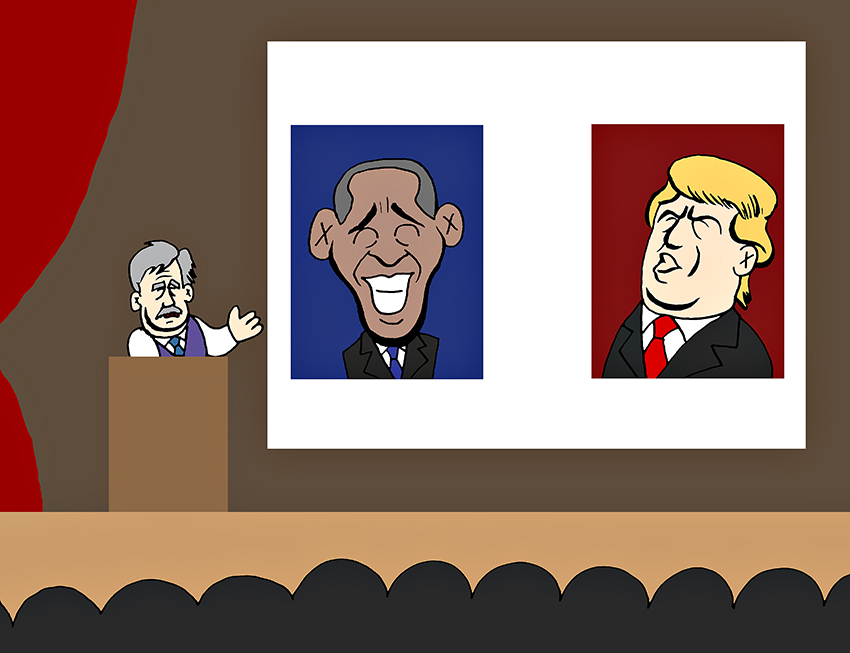 The Age of Obama is over, but the Age of Trump is just beginning.

This fall, the signature course “Race in The Age of Obama” will change name and perspectives to examine race under the current presidential administration of Donald Trump.

Since 2010, first-year students in the Gateway Scholars and Longhorn Link programs have discussed the politics of race in the signature course. Moore said he will move away from examining race politics under the first black president to better understand the 2016 election and supporters of President Trump in the fall.

“I’m trying to change the class from the viewpoint of a Trump supporter, which is going to be hard,” Moore said. “But I’m trying because it’s too simplistic that some people say, ‘All Trump supporters are racist.’”

Tiffany Lewis, director of the Gateway Scholars and Longhorn Link programs, said the course served as a critical thinking seminar for freshmen prior to Barack Obama’s election, but Moore’s work as a black scholar helped focus the class content on race issues.

“We don’t just talk about the president,” Lewis said. “We talk about real life issues that are affecting the country, the people in the room. (Moore’s) approach is not to get students to agree; it’s to throw something out there and get students to dialogue and see other perspectives.”

In lectures, Moore said he will continue leading discussions about race and related issues like affirmative action and immigration, but also wants to address poverty and the economic politics that might have persuaded Trump’s supporters.

Ilse Colchado, a Mexican-American studies junior, said Moore’s class inspired her to continue learning about race-related issues through her major and work in social justice. But Colchado said she also appreciates Moore’s efforts to change the focus of the class.

“While I am not exactly fond of Trump, I think we also have to understand his administration and his intentions as America’s president,” said Colchado, who took the class in 2015. “I am more than confident that Dr. Moore’s change in class could bring a different light to what is happening across America.”

Lewis said the new course title made some parents and students hesitant about the class, but most incoming freshmen have expressed excitement.

Though the course is full for the fall, Moore welcomes interested students to sit in on the class.

“I think we need more discourse around difficult topics on campus,” Moore said. “I think part of maturing politically is being comfortable around people who you disagree with politically.”