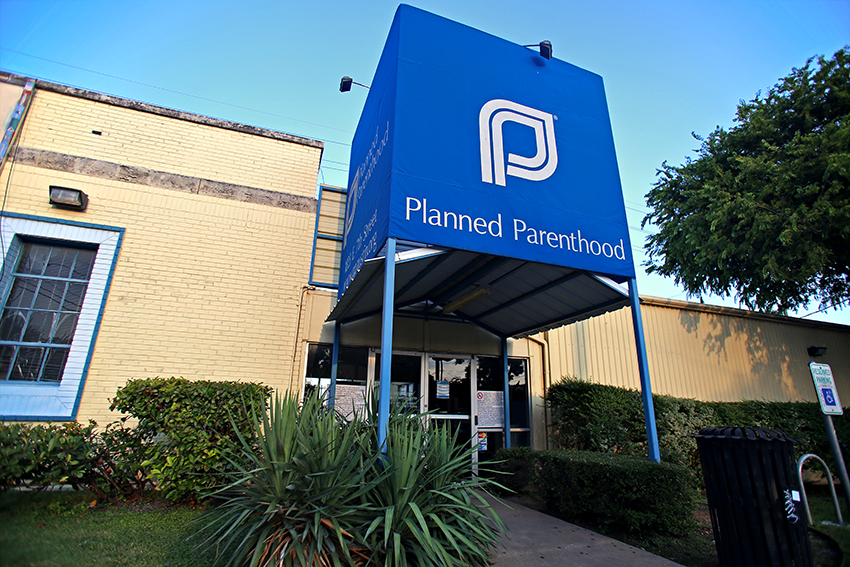 “We’re in defiance because the Republican Party and others have declared war on Planned Parenthood,” said Seaholm, a history lecturer and a former director of the Planned Parenthood Downtown Austin Health Center.

In 2017, Texas legislative bills, such as Senate Bill 8, passed in June and sought to increasingly restrict services provided by abortion clinics like Planned Parenthood.

In the current special legislative session, SB 4, written by Sen. Charles Schwertner, R-Georgetown, would prohibit local governments from working with abortion providers for any services. If passed, SB 4 will close down the Downtown Austin Health Center on East Seventh Street, which is currently the closest family planning center to UT-Austin.

Panelist Heather Busby, executive director of the advocacy group NARAL Pro-Choice Texas, said she benefited from free women’s health services at the East Seventh Street location as a UT undergraduate in the 1990s.

“I received better care there than if I would have gone to the UT health center,” Busby said. “It’s been many decades that this clinic has been serving the residents in East Austin and Austin, and (SB 4) would basically outlaw the city from leasing that building.”

Mahadevan said clinics like the one on East Seventh Street are especially important because they provide non-abortion services such as family planning, pregnancy tests, contraception and HIV and sexually transmitted disease testing.

Young noted that the state of Texas has the highest number of teen pregnancies in the United States and high infant mortality rates, so women’s health and reproductive rights are key issues.

“We already had a pretty fragile web of women’s health care, and then we disconnected that fragile web,” Young said.