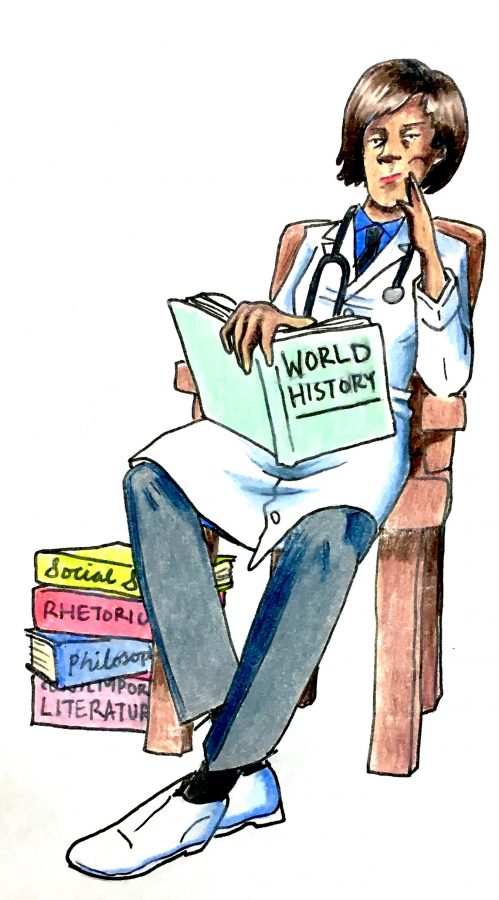 Most students can agree they picked their major because they wanted to learn material related to their future career. However, the College of Natural Sciences’ B.S.A. degree plans, offered since 2014, don’t have strict upper division major requirements for students, causing students to lack science classes their junior and senior years and therefore failing to fully prepare them for the work force.

For example UT’s biology degree requirements show a huge discrepancy between the number of upper division biology classes needed to graduate under the B.S. vs. the B.S.A. plans. The B.S. degree plan requires double the amount of hours of upper division biology classes than the B.S.A. degree plan. Upper division requirements for the B.S.A. are just six biology upper division classes and one lab. This number of classes is shockingly similar to UT’s minor requirements, consisting of five or six classes. The fact that students end up spending the same amount of time on a minor as on advanced classes show’s there is a lack of major specific education which is needed to be successful in future carriers in the sciences.

B.S.A. students have major-specific introductory classes that they must go through to take upper division classes. Many of the additional science class requirements for natural science students, such as math, chemistry, and physics, dominate the first two years of an average student’s four-year degree plan. The suggested four-year plan fills the last two years with English and history classes. These last two years at the University should be spent refining field knowledge with some humanities interspersed, not as the dominant percent of classes students take.

The structure of the B.S.A. degree plan requires students to only take one biology class every semester with only two biology labs interspersed throughout their four years at UT. CNS students only need 40 percent, or 48 of their 120 hours, to be science classes in order to graduate with a B.S.A. If a biology or chemistry student chose a minor in liberal arts they could theoretically take more College of Liberal Arts than CNS classes during their time at UT.

Most of the 11 B.S.A. degrees have the same structure of only needing to take one major-specific class per semester. The university should have higher standards as to what awards a student a major in a field. The excessive non-CNS requirements detract from B.S.A. students becoming experts in their chosen field. UT can be an exciting new leader in the B.S.A. degree plan but they still have to ensure their CNS students are leaving the 40 Acres as scientists.

The vision of the B.S.A. program is not a bad one. There is much more to learn outside of CNS that is beneficial because everyone needs to learn to write and know about our government, but the standards for science education has been jeopardized under the current B.S.A. plan. I think that one class per semester of just specifically major specific classes for four years is not enough to adequately prepare natural science students to be proficient in their field of study and excel in their careers once they leave college.

Hodge is a neuroscience sophomore from Austin.