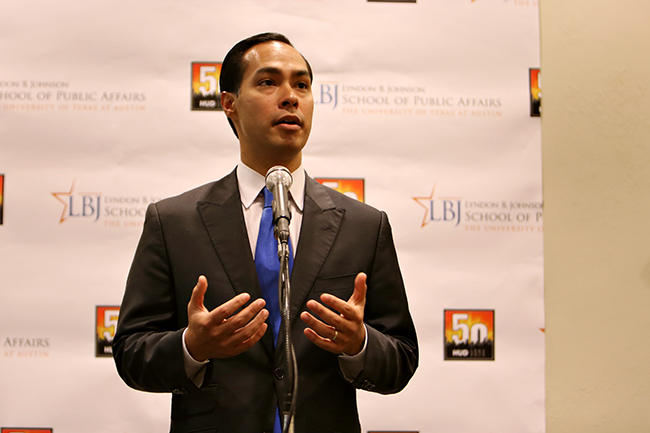 Julián Castro, a former U.S. housing secretary and San Antonio mayor, will teach a class on policy development in the LBJ School of Public Affairs this fall, according to the Austin American-Statesman.

The article reported that Castro, who has expressed interest in running for president in 2020, will become an official UT faculty member in September, when he will begin working as a distinguished fellow and teaching a series of seminars on housing policy development. The seminars may soon be complemented by podcasts and workshops focused on the state’s future.

Castro served as mayor of San Antonio from 2009 to 2014, when he became the secretary of the U.S. Department of Housing and Urban Development under President Barack Obama until January this year.

A Stanford University and Harvard Law graduate, Castro began his career in politics early. At 26 years old, he won a seat as the youngest city council member in San Antonio history.

Earlier this month, Castro initiated a political action committee called “Opportunity First,” and is also working on a memoir to be completed in the fall of 2018, according to the Statesman.