New faces hope to put Texas back on top 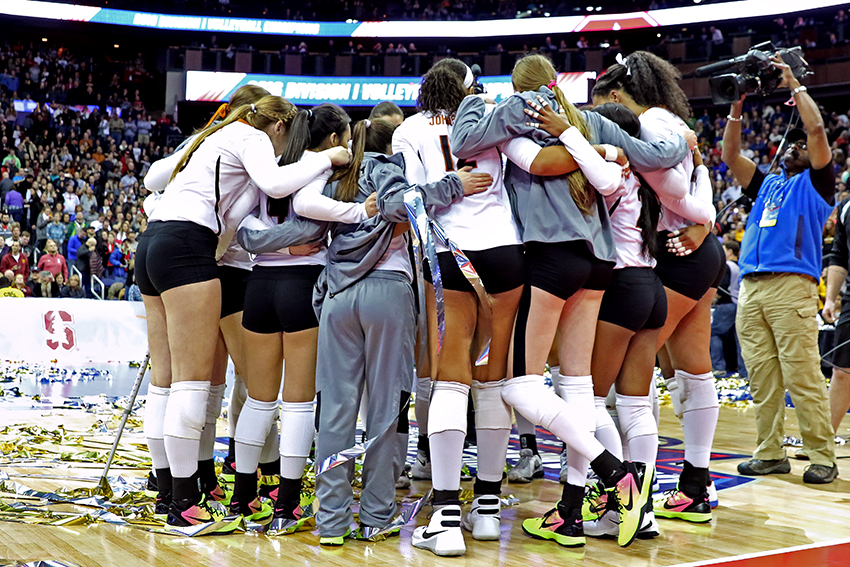 It’s next man up for the Longhorns in their pursuit of a title, and freshman setter Ashley Shook is ready for her number to be called.

Former setter Chloe Collins served as the backbone of Texas’ success in her four years with the team. Collins finished her career with the fourth-highest assist total (3,687) in Texas history, and her departure this past summer left a substantial void at the position. Insert Shook — a fresh face tasked with the challenge of assuming a vital role on a Texas squad with a championship-or-bust mentality.

“(Collins) was awesome,” Shook said. “I’m trying to live up to what she was able to do, but I also want to be my own person. I just have to keep getting better each day.”

The No. 6 overall recruit in the nation committed to Texas during her sophomore year of high school. Now, Shook has a chance to crack the starting lineup of one of the nation’s most dominant volleyball programs.

For Shook, it’s an opportunity she’s been preparing for since she began working at the setter position at the age of 12.

“I began going to camps in elementary school,” Shook said. “I love being able to control everything and make people around me better. I have great hitters everywhere around me here, so I really can’t go wrong.”

Shook faces a short learning curve on a team aiming for its third-straight trip to the national championship. But the Longhorns fell short on the sport’s biggest stage the past two seasons, watching as their opponents raised the trophy they worked so hard to get.

“Losing in the championship game the last two years hurt,” head coach Jerritt Elliott said. “This team is tired of finishing in second, and they made a commitment to come in this summer and work their tails off.”

The Longhorns look poised for yet another deep postseason run this season. Texas enters the season as the No. 1 ranked team in the country, marking its twelfth-straight year opening as a top-four team in the American Coaches Association preseason poll.

The team boasts an impressive crop of talent, bringing in the nation’s top recruiting class highlighted by 2017’s No. 1 and No. 2 overall recruits, outside hitter Lexi Sun and middle blocker Brionne Butler, respectively.

“The thing that’s impressed me the most is that there aren’t a lot of nerves,” Elliott said. “They play at a really high level, and it’s exciting to see what they can bring to our team.”

The journey to a championship started in Gainesville, Florida, on Friday as the Longhorns hit the road for a pair of matches against No. 12 Florida and No. 18 Oregon in the third annual Vert Challenge.

“These games will be a really great building block for the rest of our season,” Shook said. “It’ll be good to see how we react to all the different challenges and work together to get through them.”