Trump’s Arpaio pardon is inconsistent with law and order 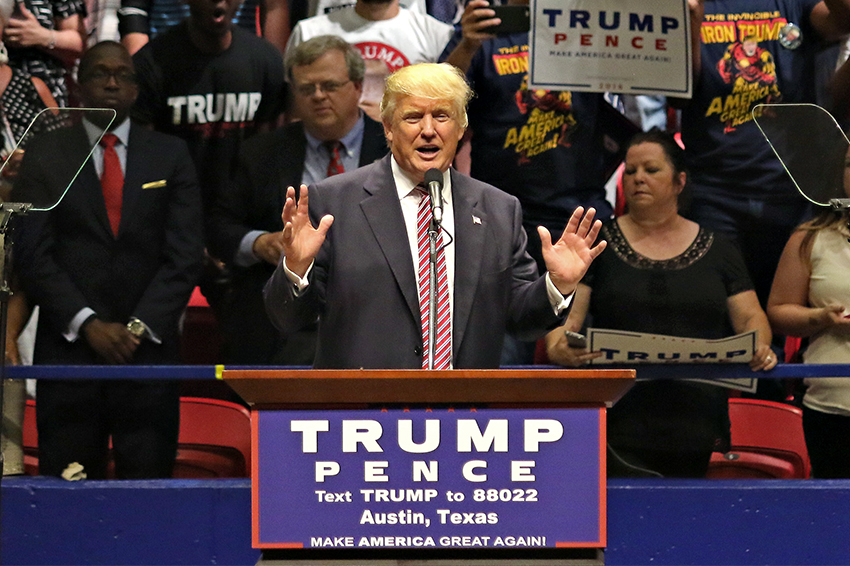 The presidential pardon is a powerful tool established by the U.S. Constitution, but it’s also one that is mired in controversy: Ford’s pardon of Nixon, Bush’s pardon of former defense secretary Weinberger, Clinton’s pardon of Marc Rich and so on. Trump’s decision is no less controversial, and its beneficiary is both famous and infamous in his home state of Arizona. As a conservative, I cannot both believe in law and order and champion a man whose actions defy the law. Other conservatives shouldn’t defend the Arpaio pardon either.

Conservative Republicans fiercely believe in probity and decorum. Arpaio, however, took “conservative” far beyond its meaning to the point of degradation, running jails that lack basic care and necessities. While our jails and prisons shouldn’t be luxurious or cushy, Arpaio’s “culture of cruelty” is an affront to the Bill of Rights.

“President Trump’s decision to pardon his political ally, Joe Arpaio, is a slap in the face to the many Arizonans who were criminally harassed by the former sheriff,” government professor Raul Madrid said. “It also undermines the rule of law. One has to wonder if President Trump would similarly pardon any of his aides who are currently under investigation.”

Arpaio was, in fact, found guilty of contempt of court for violating a court order to cease targeting Latinos in Arizona under the suspicion they were in the country illegally, which led to the detainment of some legal residents and lawful citizens. Undocumented immigrants who have committed crimes should certainly be subject to deportation, but people who are here rightfully shouldn’t be subject to harassment.

Although Arpaio served in the U.S. Army and as an elected official, his career in public service is no excuse for his actions. The medical care in his jails has twice been ruled unconstitutional because of its deficiencies; people reportedly die and hang themselves at an alarming rate in his jails, with at least 157 deaths during his time as sheriff. Two co-founders of The Phoenix New Times won a $3.75 million settlement against Arpaio after they were arrested in their homes following a New Times story on a county subpoena asking for readers’ internet records. Furthermore, Arpaio allegedly staged an assassination attempt against himself and framed an innocent person, whose family later sued. Arpaio’s office was also responsible for debacles like a botched SWAT raid that killed a dog, burned a $250,000 home and featured an armored vehicle smashing into a parked car.

Trump’s pardon of Arpaio is highly improper. Both Speaker Ryan and Senator John McCain — the latter from Arizona, where Arpaio was sheriff — were critical of the pardon.

Conservatives cannot advocate law and order and willfully support a man whose reign of terror left people ruined in its wake. As Americans, we cannot tolerate circumventing the justice system or allowing a man whose ethics run wholly contrary to the United States to be hailed as a patriot by anyone, let alone a sitting president.

Verses is a Plan II and environmental engineering freshman.