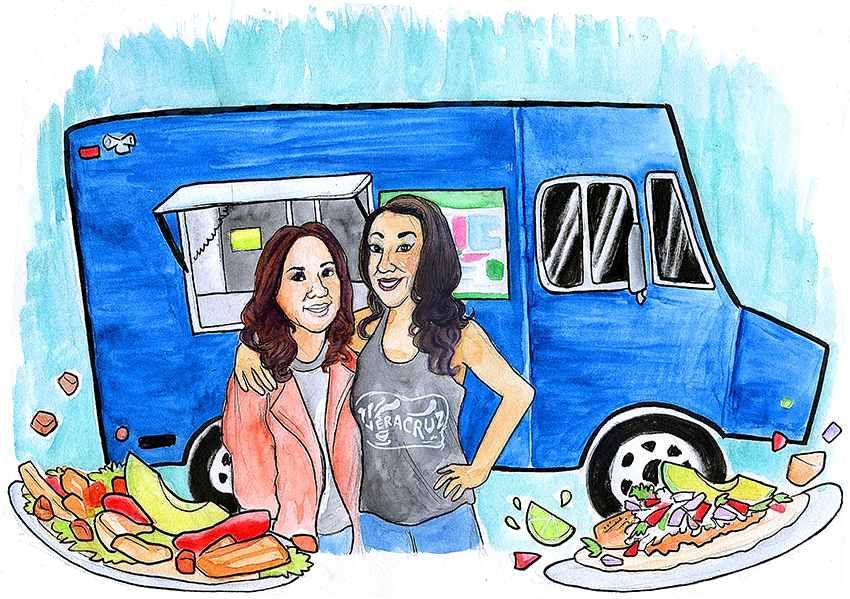 Veracruz All Natural’s Migas Taco, with its crunchy tortilla chips and tangy pico de gallo, is listed as one of Food Network’s five best tacos in the nation. To founders Reyna and Maritza Vazquez, it’s more than an item on a list — it’s a taste of home for the two sisters.

It all began in Veracruz, Mexico, where the sisters grew up learning from their parents’ business skills and mom’s hand in the kitchen. In 2008, they founded Veracruz All Natural, a local restaurant chain dedicated to bringing together traditional flavors with modern cuisine. Today, they are preparing to open their fourth location: a brick-and-mortar in the heart of Austin.

“It’s our baby,” Maritza Vazquez said. “We enjoy every piece of what we do. More than a business, it is a family place, a piece of us.”

After learning and working with each other since childhood, they moved to Austin together, where they decided to try their own hand at business. Maritza Vazquez said it was a challenge at first, but their revenue was eventually enough to expand to more elaborate recipes.

“We didn’t want to work for anyone else,” Maritza Vazquez said. “It started as fruit in a cup and raspados, and it took three years to get a return on our money. It was very hard at first, but we were determined to triumph, and we would treat it as a big company, even when it was just (Reyna) and I.”

Their recipes, Reyna Vazquez said, are a combination of the traditional recipes and their creative minds, giving each dish a unique take.

“We like to mix ingredients, get new ideas,” Reyna Vazquez said. “A little of Mom’s recipes with a touch of our own ideas.”

Since then, Maritza Vazquez said it has been an honor to see the smiles on customers’ faces after trying what they describe as a taste of the traditional Southern Mexican cuisine — with a twist.

“It is so special when (customers) come up and tell us ‘we loved it,’” Maritza Vazquez said.

With the opening of their new location set to soft open Sept. 26, Reyna Vazquez said they are eager to have more space to cook. This will allow for new menu items, such as regular chilaquiles, a former monthly Sunday brunch special.

“We are excited to present a wider range of traditional dishes,” Reyna Vazquez said. “We (will) finally have this opportunity after almost a decade. For us, it has been about showing customers a piece of where we come from and what we ate growing up.”

Graduate student Ryan Myers said he was first drawn to the business after it was recommended to him several times. Having previously tried a variety of types of Mexican food throughout Texas, he said this by far became his favorite.

During a 2014 visit to the Cesar Chavez location, Myers said he recognized Reyna Vazquez from a promotional video for their Migas Taco.

“I was very impressed with her in the video,” Myers said. “She was very confident, beautiful, excited about what she was doing, and the food looked delicious.”

Myers eventually married Reyna Vazquez and quit his former job to take over the public relations and marketing aspects of his wife’s business.

“I believed very strongly in her and her sister and what they were doing,” Myers said.

Maritza Vazquez said being able to do this with her sister has been one of the best parts of this journey. She said though many say it is hard to work with family, every success the business has feels like a
shared win.

“We feel like we crossed a finish line that seemed distant,” Maritza Vazquez said. “Especially because we have always worked together, we did this together and we hope to continue working together.”