Keys to the Game: vs. Maryland 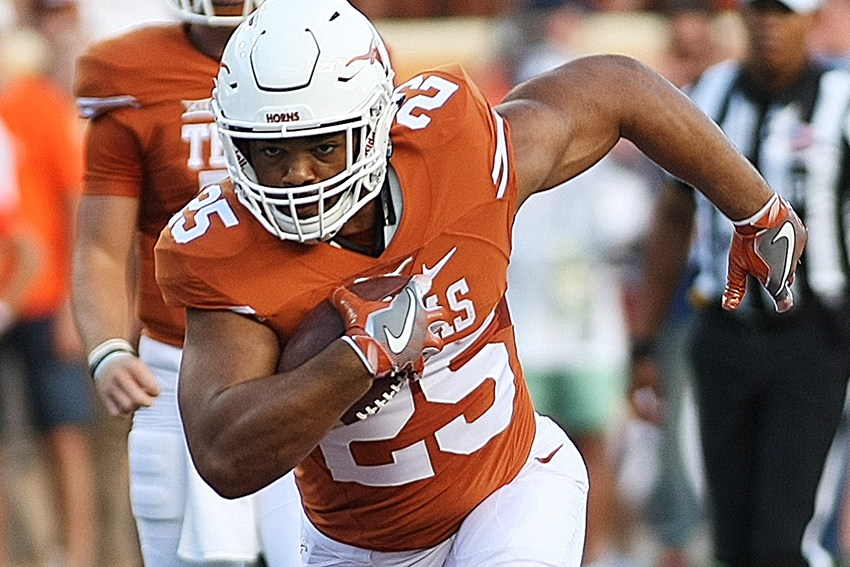 Show off the improved defense

The last season opener Texas played against a Power Five team ended in a loss to NC State in 1999. And if recent history repeats itself, the Longhorn defense is in trouble. Texas has allowed a combined 85 points in the previous two opening days.

The Longhorns will look to begin the season on a high note, and they can start by making a strong defensive statement against Maryland on Sept. 2. With new coordinator Todd Orlando at the helm of the Longhorn defense, burnt orange fans can expect to see more consistent coverage in the secondary and a shutdown run defense.

Get into an offensive groove early

The best gift an offense can give a defense is a lead. Fortunately for the Longhorn defense, its offensive counterpart boasts a plethora of backfield talent including junior running back Chris Warren III and sophomore running back Kyle Porter. With a solid offensive line headlined by junior All-American Connor Williams, sophomore quarterback Shane Buechele should feel at ease in the pocket.

The Longhorns have scored at least 37 points in their last 4 of 5 season openers. In order to continue that trend, the offense must find its rhythm early against the Terrapins. Spreading the ball out to his offensive weapons will be a must for Buechele, who set Longhorn passing records for yards and touchdowns as a freshman.

Take care of the football

One of the biggest momentum killers in the game is the untimely turnover. Or worse, a blocked extra point returned for two points to tie the game. Does last year’s season opener against Notre Dame ring a bell?

Last season, the Longhorns had a negative turnover ratio, with 20 turnovers forced compared to 23 giveaways. Texas has focused on eliminating mistakes such as penalties and turnovers this preseason, following the demands of head coach Tom Herman. The Longhorns’ first opportunity to play a clean game will come against Maryland, a Big 10 school that scraped its way to a bowl game last season and ended the year with a 6–7 record.

In a year filled with expectations, a low-penalty, zero turnover game would be an optimal start to the season for the Longhorns.