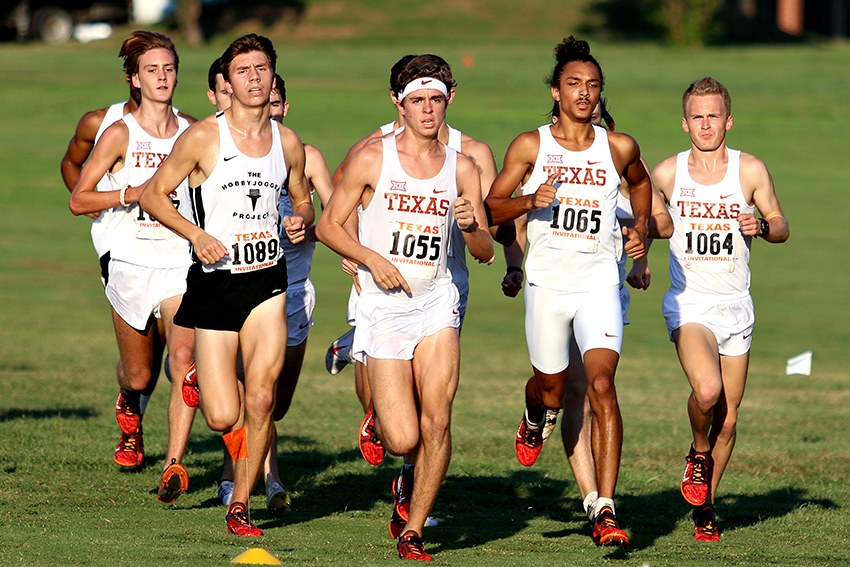 Texas rang in the new season in College Station at the Aggie Opener on Friday, claiming one victory in addition to four top-10 triumphs.

“I think with (Collins) the goal was to come in and win, and win soundly,” assistant coach Brad Herbster said. “I think she did that. She really executed the race plan well and around (2000 meters) she really started to open it up.”

Collins agreed with her coach’s sentiment, adding that the victory was a boost for the upcoming season.

“It feels good, it’s a really good confidence booster,” Collins said. “I’m just really excited for this season. We have a bunch of really good girls that are resting this week, so I’m excited for the next meet.”

On the men’s side, Bielaczyc fell short of the win by 4.5 seconds in the 6000-meter event. The race was close throughout, but Texas A&M senior Alex Riba ultimately claimed victory.

“(With) Garek, this being his first race in a long, long time, it’s good to see him up there and racing well,” Herbster said. “I thought having two freshman in our top three really helped out. You had Connor O’Neill run a gutsy race, you had Garek’s great finish, and then you had Jake Johnson out there battling it out.”

Texas did not showcase its entire roster over the weekend. Herbster elected to rest some of his key veterans during the event, choosing instead to test the Longhorns’ younger runners.

“We’re taking a handful of younger athletes to this meet, but surprisingly I think a lot of the kids racing this weekend you might see racing later on this season,” Herbster said. This is a great opportunity for these younger kids to establish themselves for later in the season. We’ve got a great group.”

Texas will have this week off, taking the track next at the Texas Invitational on Sept. 14. The Invitational will take place at Old Settlers Park in Round Rock, Texas.