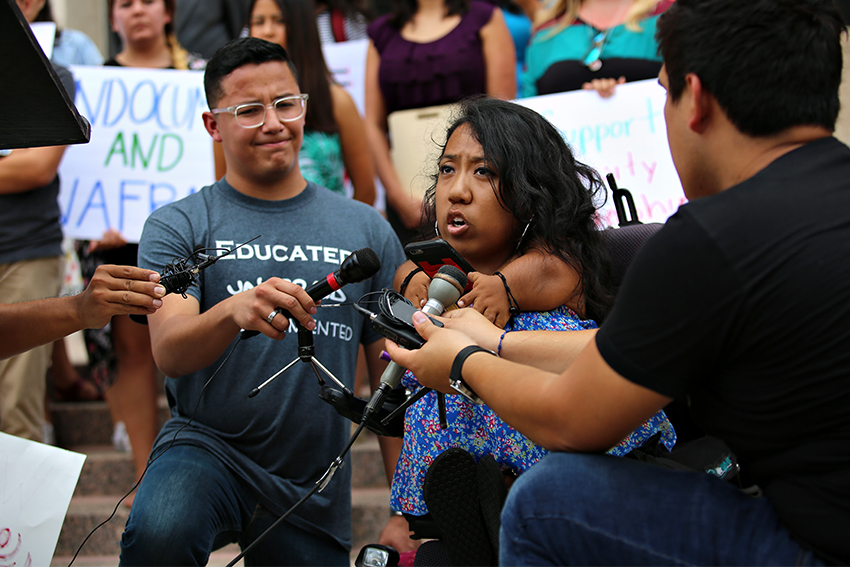 For many, the Trump administration’s decision this week to end the Deferred Action for Childhood Arrivals (DACA) program  is just the latest iteration of the blatantly xenophobic platform the president ran on. But for the students on this campus who are personally affected by this news, students who are an integral part of this university and its culture, the announcement also brings considerable worry and uncertainty for the future. Today, we feature op-eds from two students who can speak directly to the impact that this decision will have, particularly on the hundreds of DACA recipients who call the 40 Acres home.

Our first guest columnist is Sam Cervantes, a DACA recipient himself. Cervantes serves as head of public policy for the University Leadership Initiative (ULI), a youth-led organization based in Austin, Texas, that advocates for the rights of the undocumented community at the local, state and national levels. He tells his family’s story and calls on Congress to turn the broad bipartisan support for DACA into a bill that provides a stable and long-term solution for young immigrants across the nation.

Next, we feature guest columnist Jacob Peña, the deputy director for District 7 of the League of United Latin American Citizens (LULAC). Peña argues that the discontinuation of DACA was a purely political move, and that it has no logical grounds in terms of economic vitality, public safety or patriotism.

For our final column, we turn to the continuing issue of LGBTQ representation in Greek life. Today’s Life & Arts page features stories on people in fraternities and sororities who identify as part of the LGBTQ community. As a companion piece, we highlight the perspective of an anonymous fraternity member who discusses his own experience as an asexual person in Greek life.

As always, we’d love to hear from you on these topics or anything else — don’t hesitate to email us at [email protected]

Nemawarkar is a Plan II and government junior from Austin. Shirvaikar is a math and economics junior from Frisco.