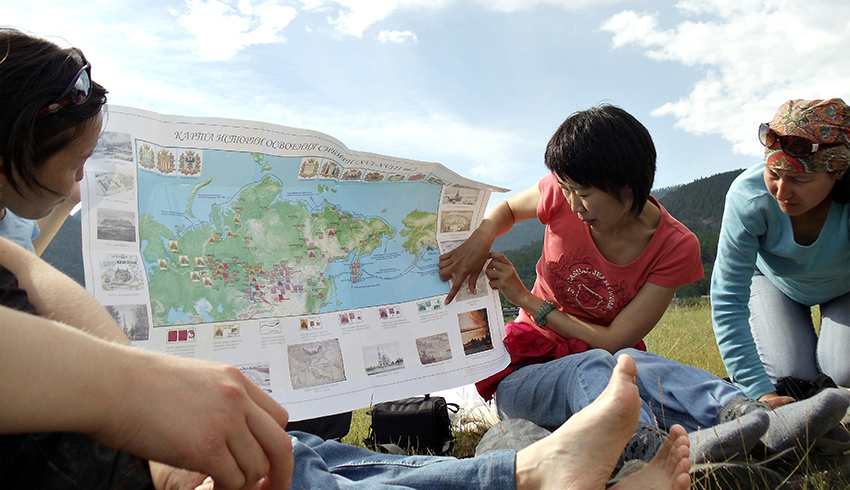 Students and educators from 12 states will convene at UT next summer before departing for the first ever Siberia by Southwest, a new study abroad program in one of the most remote regions of the world.

The UT Center for Russian, East European and Eurasian Studies was awarded a grant from the Fulbright-Hays Group Projects Abroad (GPA) program of the U.S. Department of Education in July to start the 10-week program, which will take place at Irkutsk State University in South Central Siberia.

“It’s actually a very exciting opportunity for people to explore a part of the world that is very remote and hard to get to,” said Julia Mickenberg, interim director of the Center for Russian, East European and Eurasian Studies. “It’s very unusual in terms of study abroad.”

The program will focus on Russian language and culture with an emphasis on geography, energy and the environment, Mickenberg said. The region is known for its environmental significance; Irkutsk State University is near Lake Baikal, the deepest and largest freshwater lake in the world, as well as a variety of energy resources.

The grant, worth almost $200,000, fully funds airfare, housing, tuition and some meals for the people selected. Though the participants will have to pay a deposit to secure their spot, most of the program will be paid for.

“What’s great about this program is that students who could not necessarily afford a program could afford to do this because the costs are minimal,” Mickenberg said.

Mickenberg said the center will prioritize students who do not have access to advanced Russian courses, particularly those from community colleges and historically black colleges and universities.

“(UT is) meant to be a resource … for people across the whole nation,” Mickenberg said. “We really want to make sure we give that opportunity to people who haven’t had the chance to study advanced languages.”

The program is not exclusive to students. To draw in participants who are interested in education careers, the program will be open to K-16 educators as well, said Rhiannon Jones, outreach coordinator for the center.

“This department has been interested (for years) in finding new ways to take UT students and students from other universities to Russia beyond Moscow, beyond Petersburg, beyond the typical Slavic experiences,” Jones said.

The U.S. Department of Education declared the center a National Resource Center, which means the department provides the center funds to operate as a base for international studies in the southern region.

Graduate coordinator and assistant director of the Center, Agnes Sekowski, said participants will be able to study the language in a more unique and immersive way compared to other study abroad programs.

“We think it’s really important to be able to offer students the opportunity to go abroad and really interact with the culture they’re in,” Sekowski said. “Pretty much anybody can get a flight to Moscow, but who goes to Siberia?”