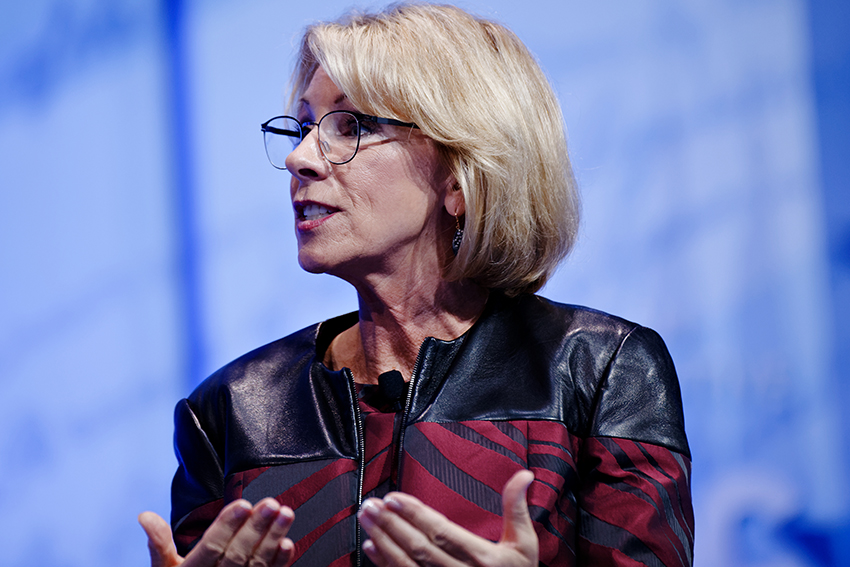 Emphasizing universities’ failure to protect students, DeVos said the current guidelines set in place by the Obama administration are not clear enough and cause universities to neglect students’ right to due process.

“Washington has burdened schools with increasingly elaborate and confusing guidelines that even lawyers find difficult to understand and navigate,” DeVos said. “The truth is that the system established by the prior administration has failed too many students.”

UT President Gregory Fenves was sued over Title IX in August by a UT student who was suspended for five semesters after being accused of sexual assault in the spring of 2016. The lawsuit said the student, who was declared innocent by a University Title IX hearing officer, was wrongfully suspended and that Fenves’ action sets a precedent that would “result in the suspension of thousands of young men and women who attend the University and would unjustly interrupt their access to public education.”

“Survivors, victims of a lack of due process and campus administrators have all told me that the current approach does a disservice to everyone involved,” DeVos said.

DeVos said her guidelines will set a clearer definition of sexual misconduct and prevent overreach from universities. The guidelines will be drafted in the following months.

“Due process is the foundation of any system of justice that seeks a fair outcome. Due process either protects everyone, or it protects no one,” DeVos said. “We will seek public feedback and combine institutional knowledge, professional expertise and the experiences of students to replace the current approach with a workable, effective and fair system.”