UT student conveys struggle with her sexuality in her sorority 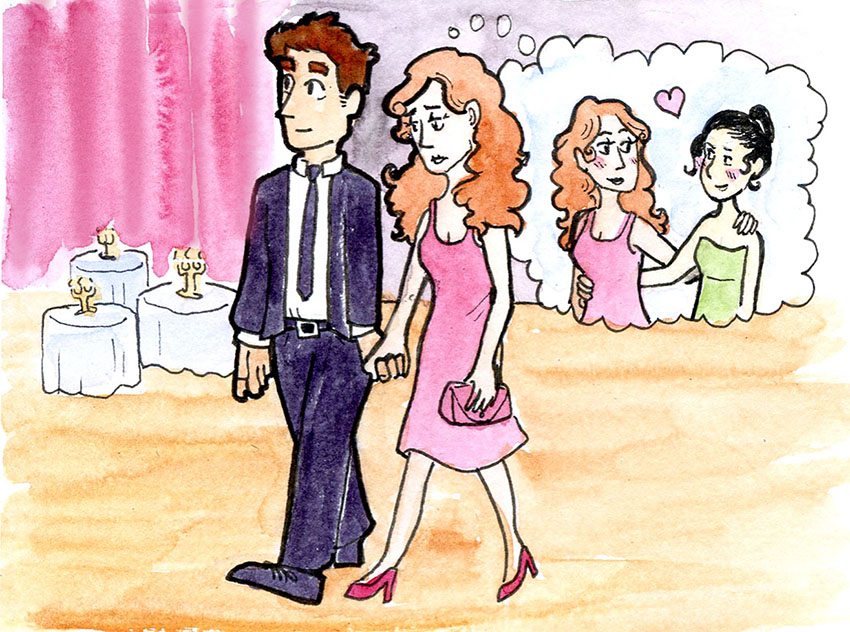 During a full sorority chapter meeting, one girl asked if everyone felt comfortable with an LGBTQ individual becoming a member of the house. Without thinking, Angela* announced her identity as bisexual to the entire room. She said her immediate reaction was anxiety and fear, but then her sisters greeted her with overwhelming positivity.

After that meeting, Angela said she feels closer and more open with her sisters. But although her sorority members always practice acceptance and inclusivity, she said her identity as bisexual is not entirely embraced.

“Where most people are concerned, they see me with guys. I take guys to date events, so I present (myself) as a straight female,” Angela said.

Despite being immediately supported by her sisters, Angela said she still feels discouraged to pursue women.

“If you saw someone making out with their date and their date was a girl, it would be talked about for sure — and not always in the best way,” Angela said.

“If you live with girls all the time and you’re in a girls’ sorority, the thought that you’re attracted to a woman might make people not want to be close to you,” Angela said. “I haven’t pursued women as much as I would have if I hadn’t gone Greek, just because I don’t want to alienate myself further.”

Although Angela is a member of both the LGBTQ community and the Greek community, she said LGBTQ representation in Greek life is fairly nonexistent. She said her sorority sisters have never done anything to make her feel uncomfortable, but that, for the most part, people in other houses ignore sexuality for their own comfort.

“In some fraternities, it’s a big deal if a guy comes out and says he’s gay,” Angela said. “There is one (bisexual) guy I know who will never come out because his brothers constantly make gay jokes. That sort of culture really discourages people from coming out or experimenting or feeling really comfortable around their brothers or sisters.”

*Names have been changed to protect the anonymity of sources.