Engineering internships may explain departure from STEM fields for women 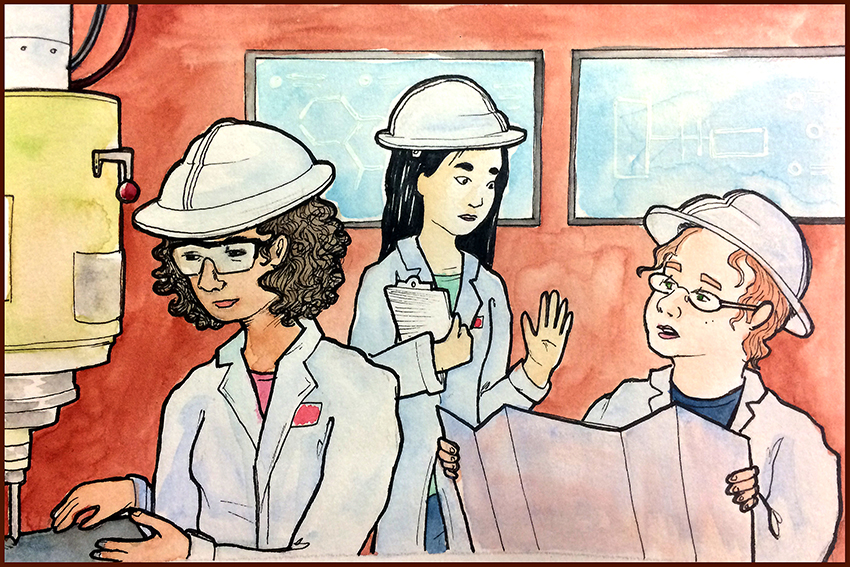 Although the number of women studying engineering has steadily increased over the past few decades, women are more likely to leave the profession early in their careers.

Graduates of STEM — science, technology, engineering and math — degree programs tend to leave their field earlier than graduates with non-STEM degrees in general, and there is a gender component to this trend. Women tend to leave STEM fields twice as fast as men, according to sociology professor Jennifer Glass. A study conducted by researchers at MIT in 2016 found that the experiences of women in engineering during their internships, particularly when participating on team projects, may be the explanation for the move away from the field.

Glass is also researching this phenomenon. By following chemistry and chemical engineering graduates through the beginning of their careers, Glass hopes to learn why women leave STEM fields earlier.

According to Glass, men and women in those majors hold internships at the same rate. However, there is evidence that women are less satisfied with their internships. This may point to social climate issues in these jobs, something Glass hopes to better understand through her research.

Tricia Berry, director of the Women in Engineering Program at UT, also said culture may be the issue. She said company leadership plays a role in shaping a more accepting space for women.

“It’s set from the stance of the leadership in what’s tolerated, what’s allowed, their policies and strategies,” Berry said.

Numbers also play a role in shaping the culture of a company.

“When you have a low percentage of women, it’s hard,” Berry said. “You start to question your belonging.”

Berry said students should really consider the culture of these companies when applying for internships.

Architectural engineering senior Destiny Gamble said the culture of a company is not one of the main things she specifically looks for in an internship.

Gamble does, however, think there is a culture issue in engineering overall.

“People don’t really work together or say what they’re feeling,” Gamble said. “It’s okay to talk about what’s hard and talk about things.”

In addition to the empathy issue, she said there are greater communication issues which plague engineering culture.

“There’s a blurred line in communication between men and women,” Gamble said. “In industry, women and men just need to communicate better with each other and understand each other better.”

Berry said she thinks there are ways in which UT can better prepare students for internships, such as building communication skills for students by giving them more opportunities to do presentations. She added that it is important for there to be realistic conversations about what to expect in the workplace.

“There needs to be a balance between realistic conversations and equipping minority students to be prepared to handle those situations, without scaring them away from engineering,” Berry said. “We need to empower them and equip them while also working on the culture.”