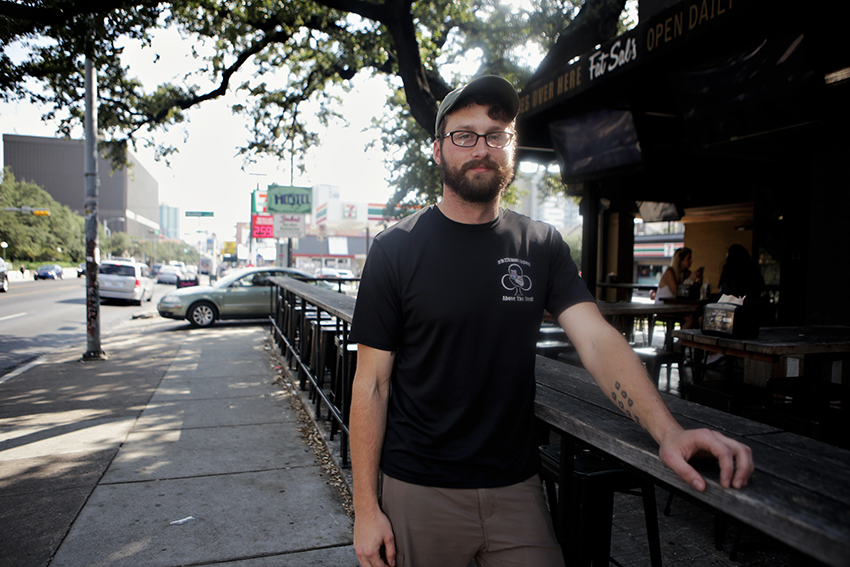 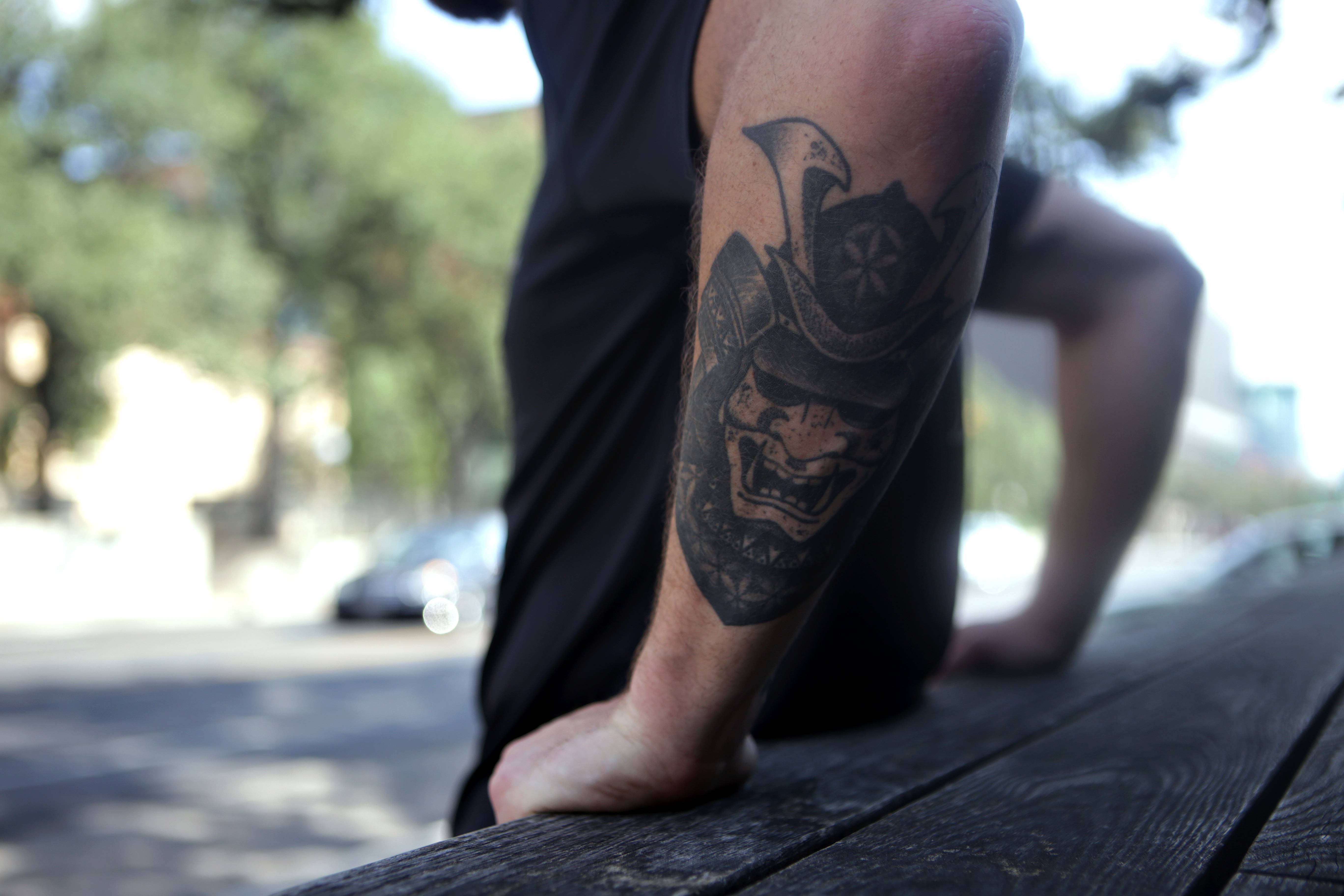 Though not Japanese himself, 28-year-old Kelly Burt has been fascinated with the country’s culture since childhood. Two of his tattoos have been influenced by prominent Japanese figures — including a legendary and brutal samurai.

“As a kid, I used to watch a lot of anime, and I was kind of nerdy about it, so it just kind of stuck,” Burt said. “(The samurai’s) name is Date Masamune. He was like this kid samurai, and the story behind him was that he was shot in the eye by an arrow, and he pulled it out and ate it just to scare the enemy.”

While stationed in Tennessee during his time in the army, Burt decided on a whim to get a symmetrical, geometric samurai tattoo on his forearm. Despite usually getting tattoos for their visual appeal rather than sentimental value, he said his deployment allowed him to relate to the devotion of samurais to their duties.

“I like (the samurai) warrior code where they just live by the sword and die by the sword,” Burt said. “Being in the army, (I) formed this sort of connection to that.” 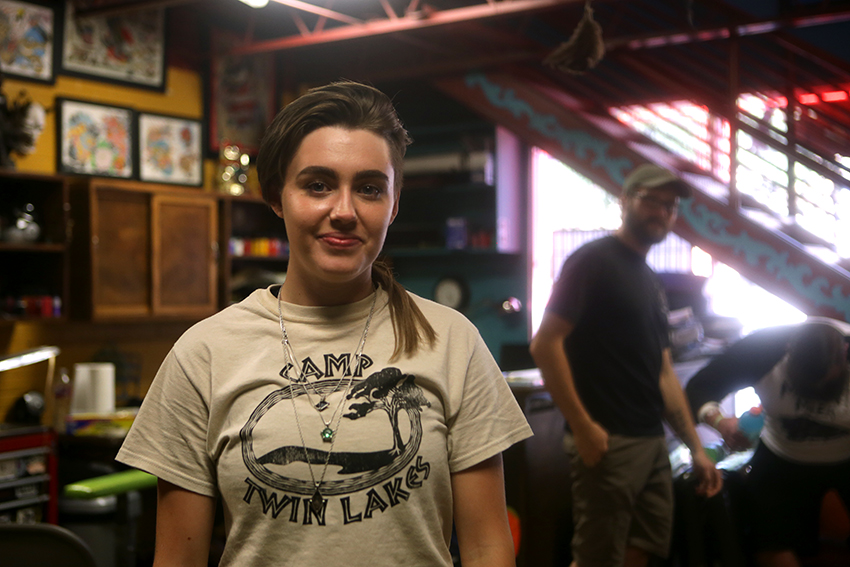 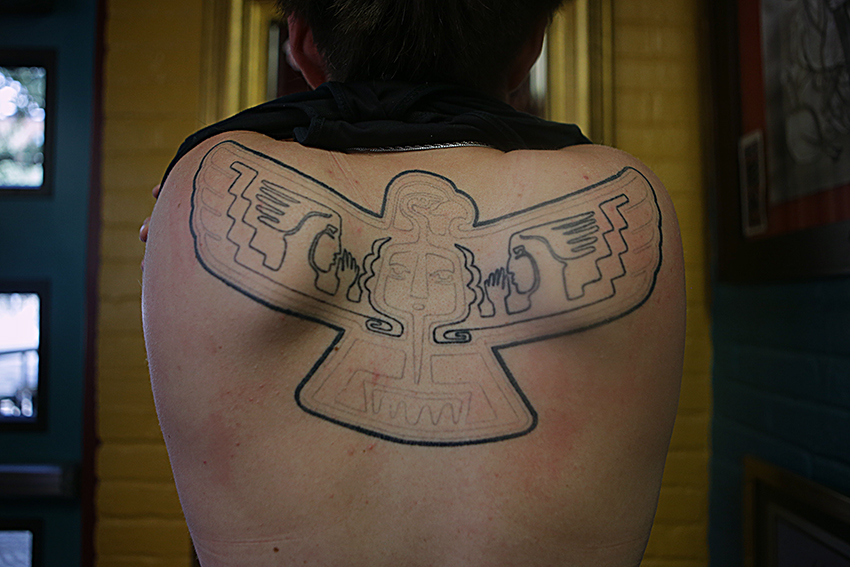 A spirit totem hawk spans the history, origins — and upper back — of 22-year-old Paris Jackson.

“I mostly just wanted to symbolize my totem because I do have a percentage of Native American blood, and I’ve known since I was very young that that was a part of my life,” Jackson said. “The totem isn’t from the tribe that I’m from, but the idea was to just connect myself back to that.”

Originally, Jackson planned on getting a realistic, anatomically correct hawk inked, but changed her mind after seeing artist Eric Labacz’s illustration of a hawk animal totem. For Jackson, the illustration was destined in more ways than one.

“The hawk just resonated with me so well because I am very interested in metaphysics and things of that nature, like astrology,” Jackson said. “I’m a Gemini, (and) the tattoo has these two twins which are sort of filling the hawk’s wings up with air. The Gemini is a sign under air, so I thought it was just perfect.” 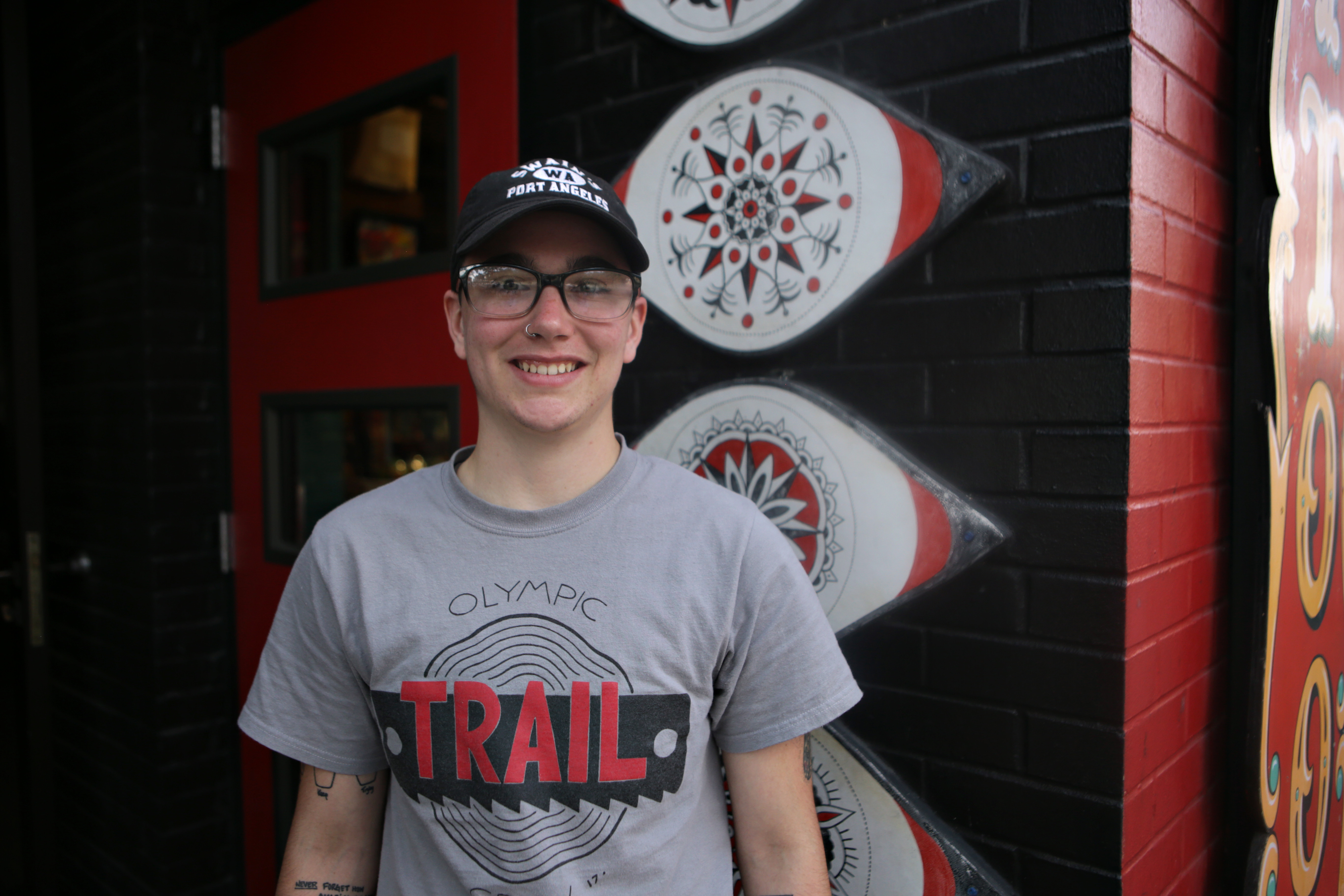 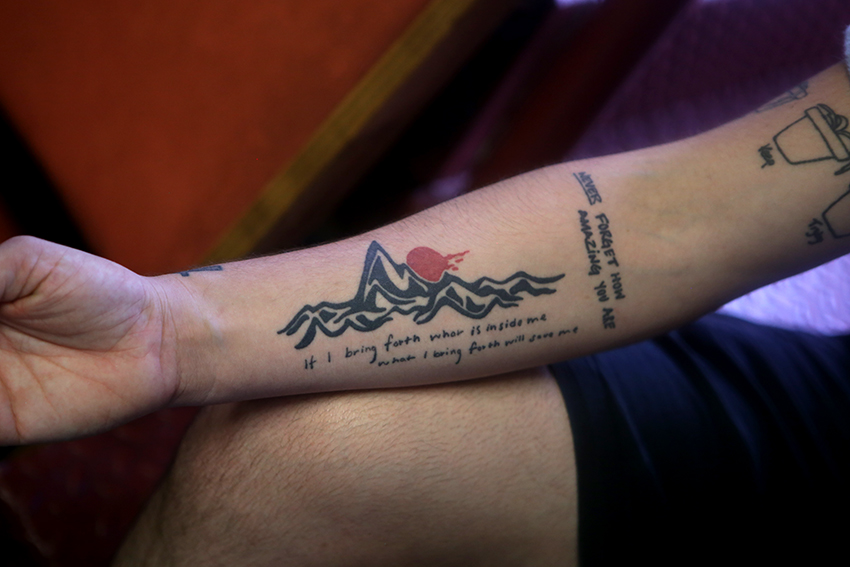 20-year-old Jesse Cadigan has always had an unparalleled bond with mountains — he grew up at the base of one in Maryland. But it wasn’t until a particularly rough patch during his senior year of high school, and a kind gesture from his best friend, that he decided to commemorate how much both of them meant to him with his first tattoo.

“(This mountain) was drawn by one of my best friends, and (the quote) is another best friend’s handwriting,” Cadigan said. “Things weren’t going very well, and she drew me this huge picture of things I had told her before that I liked, so if I was ever not in a good place, I could look at all the things that I have that I enjoy.”

The fluid, bold lines of the mountains and the red sun are beautiful on their own, but Cadigan said the deeper meaning behind the tattoos make them special.

One month later, Cadigan inked on a quote that he’s been fond of since the seventh grade as a constant reminder that he is his main motivator.

“I never want to depend on someone to make me the person that I am,” Cadigan said. “What I have, who I am and what I can bring are the things that are going to make me push through anything I have going on.”

Though they’re two separate tattoos, Cadigan said each makes the other look complete, and both are in a place that’s visible to him at all times. Depending on the day, he draws different meanings from his ink, but regardless, they have a permanent place in his heart and on his skin.

“Sometimes (the quote) is what I focus on when I feel like waiting for good things to come into my life, (and) I remind myself that the only person I’m waiting on is me,” Cadigan said. “And I look at the mountain as a reminder of the place that I came from, the people that I left and the message that it brings me. Sometimes I need that setting sun or that rising sun.”