Texas players meet with media ahead of USC game 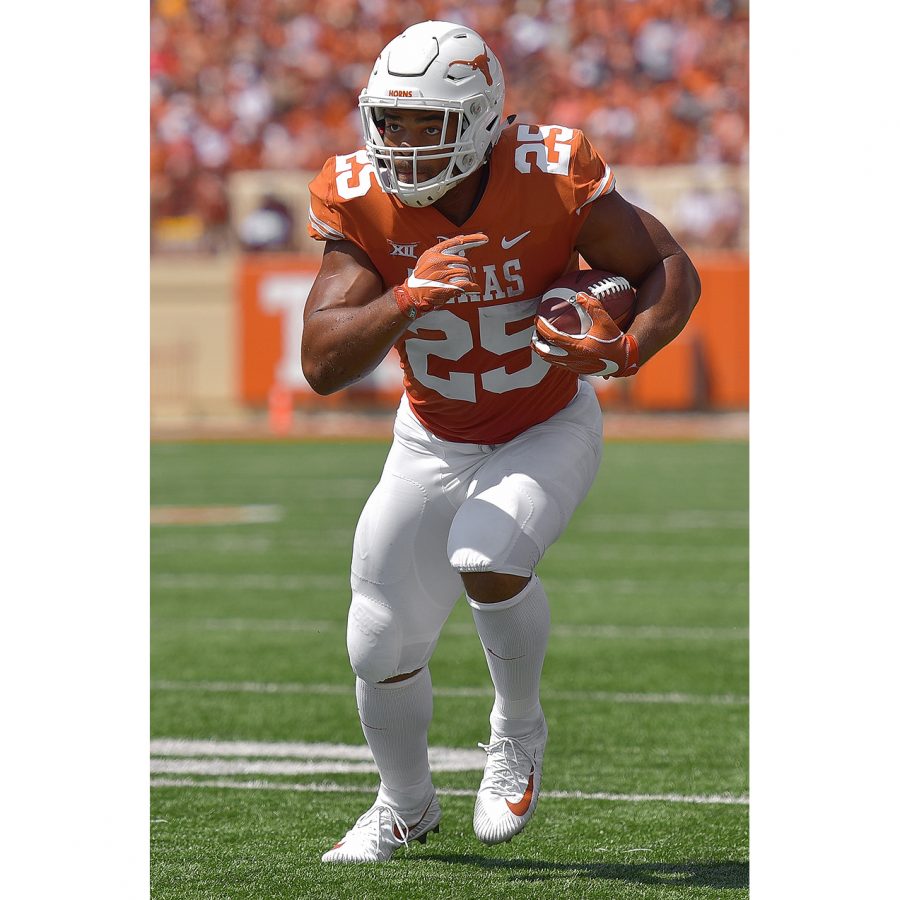 Texas meets No. 4 USC on Saturday at the Los Angeles Memorial Coliseum. It’s the first time the Longhorns have played the Trojans since the 2005 national championship game — a 41-38 victory for Texas. Here are four notes from Tuesday’s practice.

Sophomore quarterback Shane Buechele practiced on Tuesday for the first time since suffering a bruised throwing shoulder in the season opener against Maryland. Texas announced that Buechele participated in all of practice and had “limited throws.”

Buechele sat out the contest against San Jose State last Saturday, with freshman Sam Ehlinger making his debut for the Longhorns. It’s still uncertain if Buechele will play on Saturday, but Tuesday was a positive step in the sophomore’s progress.

“He looked pretty good to me,” junior running back Chris Warren III said.

Texas’ players didn’t reveal much else about Buechele’s status. Maybe that’s part of the plan, too, as the Longhorns may not want to give away too much about the nature of their starting quarterback situation. Sophomore wide receiver Collin Johnson didn’t budge on any questions about Buechele practicing Tuesday.

“You’re gonna have to ask the coaches that,” Johnson said. “I have no idea.”

Chris Warren III has had a run of bad health for close to a year. He played in only four games last season before suffering a knee injury against Oklahoma State, forcing him to miss the rest of 2016. Warren also suffered a hamstring injury in spring camp, battled a case of the mumps in the summer and suffered a concussion in preseason camp. But on Saturday against San Jose State, Warren finally got a chance to prove he is back.

Warren carried the ball 16 times for 166 yards and two touchdowns in Texas’ 56-0 victory over the Spartans. Warren, who is splitting carries with sophomore Kyle Porter this season, said he feels like he’s back to doing what he does best.

“I feel really healthy,” Warren said. “I feel able to go out there and run and do what I do. Just waiting for game day now. It’s all in the preparation.”

For the first time since the 2005 season, Texas will clash with USC. The programs have ventured in different directions since, as ESPN has the Longhorns as 15.5-point underdogs on Saturday.

“I would say it is what it is,” junior cornerback P.J. Locke III said. “I feel like it’s supposed to be like that. USC’s a great football team. We’re gonna prepare the same way we always do.”

Jefferson responds to “Horns down” gesture

USC junior running back Ronald Jones II may have ignited a fire inside the Texas locker room during the Trojans’ game against then-No. 14 Stanford last Saturday.

Late in the fourth quarter of USC’s 42-24 victory at Los Angeles Memorial Coliseum, Jones — a McKinney, Texas, native — rushed for a 23-yard touchdown and made a bold statement in the end zone, putting down the Hook ‘em, Horns hand sign. On Tuesday, junior linebacker Malik Jefferson responded to Jones’ gesture.

“If that’s his preference, I’m gonna let him live with it if he feels that way,” Jefferson said. “If he’s trying to send a message, well it’s been sent. I receive it, so that’s how I’m gonna take it.”