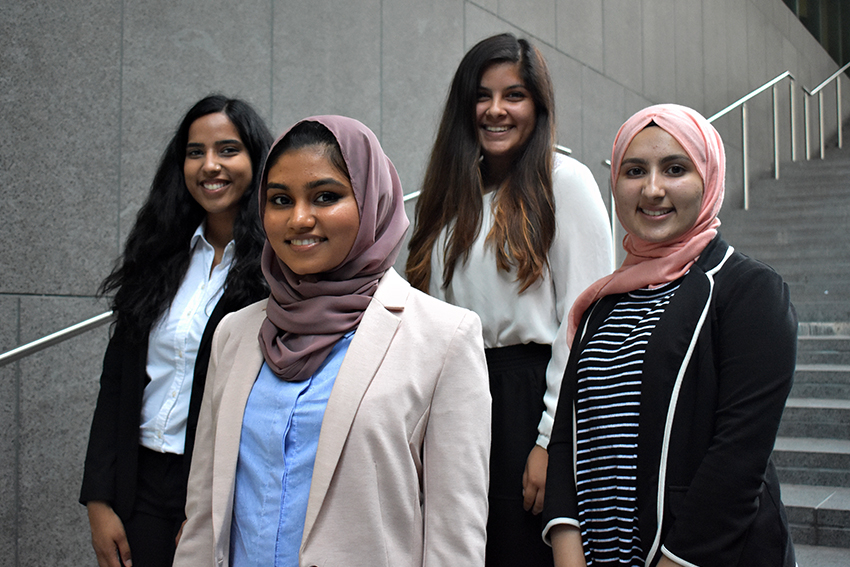 The University of Texas at Austin chapter had its first information session on Monday, during which members presented the goals for the sorority and the activities they plan to have, such as career workshops, Quran study and socials. Mu Delta Alpha founder Samira  Maddox said the sorority’s goal is to help Muslim women become leaders and professionals while sticking to their Islamic values.

“We have some aspects of a traditional Greek life such as sisterhood and friendship,” Maddox said. “But our main goal is creating leaders and empowering our sisters without jeopardizing our Islamic ethics, because everything we do is reflective of Islam.”

The sorority initially began as Muslimahs For Change with a grand alpha chapter at the University of Texas at Dallas, but began calling itself Mu Delta Alpha in the fall of 2016. Other than its chapters at UT-Austin and UT-Dallas, it has a joint gamma chapter that includes the University of North Texas and Texas Women’s University.

“Muslim women face a lot of boundaries, and they don’t always have accessible role models,” Haseem said. “There are incredible Muslim women out there, we just need to create that network with each other, and that is what our focus is.”

Similarly, biochemistry sophomore Faatima Ovais said she wants to join the sorority because of its close-knit community.

“Even though you can form close relationships through the Muslim Student Association, it is harder to do so,” Ovais said. “I’m looking forward to the sisterhood MDA will provide, as well as the opportunities to present ourselves as Muslim women in the professional world.”

Public health sophomore Ushna Ahmad, co-vice president of the UT-Austin chapter, said MDA plans to recruit driven students who are dedicated to the message of the sorority.

“We’re looking for people who are ambitious,” Ahmad said. “They’re going to be a part of the first class, which sets the tone for every other class. After that, people will look at who was in the alpha class, what they did and whether they want to be in the same organization as them.”