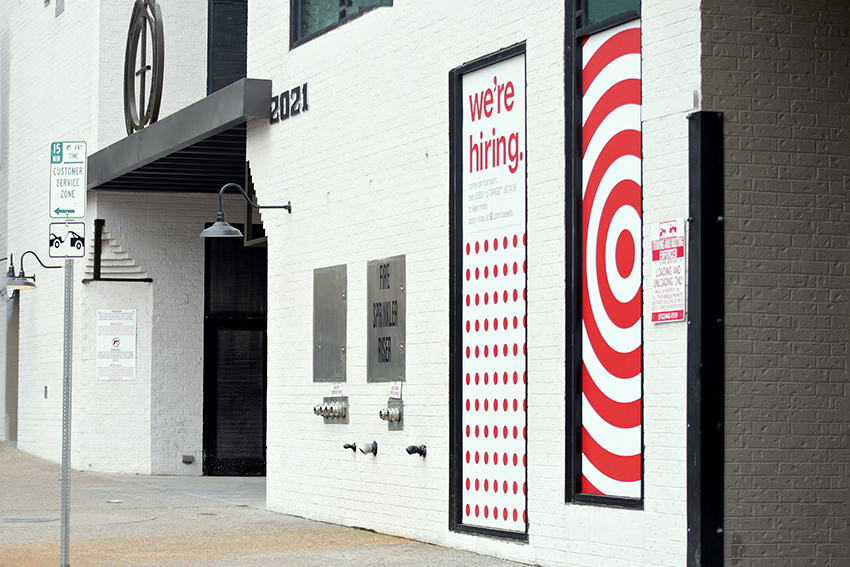 A new scaled-down Target is scheduled to open inside Dobie Twenty21 this October, bringing student necessities and new jobs to campus.

The store opening will create more than 50 new jobs on campus, according to KVUE. Two job fairs are scheduled to take place this month at the Target location in North Austin on Research Boulevard and Ohlen Road from 11 a.m. to 7 p.m. — one this Thursday and one on Sept. 29.

History freshman Marisa Flores, who used to work at a Forever 21 in her hometown of San Antonio, said this store opening offers a convenient employment opportunity because of its proximity to campus.

“I had to leave Forever 21 because I came to school here, but I’d work at Target since it’s not a far walk,” Flores said. “It’s an easy commute.”

Government freshman Vanessa Dejeux said while she does not have experience in retail, she’s hoping to get a job at Target that would be compatible with her hectic schedule.

“Target’s open late, so I could work after class,” Dejeux said. “I don’t know how picky they’ll be, but it would be really convenient.”

Dobie is a private dorm and shopping center located on campus at the intersection of 21st and Guadalupe streets. The new Target will be the first of its kind in Austin, one with a specialized inventory designed to cater to the needs of college students and provide a quick shopping experience.

Although the 22,000-square-foot store’s inventory may not be as extensive as that of other Target stores, this location will still carry college essentials like dorm gear, clothing, hygiene and beauty products, groceries, technology, grab-and-go meals and UT apparel.

“We’re able to serve more guests by adding flexible-format stores near top universities across the country,” said Mark Schindele, Target senior vice president, in a written statement to the Austin American-Statesman. “We’re thrilled to open our first flexible-format store in Austin and to join the Longhorn community.”

Pre-public relations freshman Danielle Kane said she normally shops at the Target on I-35, which is more than three miles from campus, but is excited to have one within walking distance. She said she hopes the store’s selection does not suffer as a result of its smaller size.

“I hope there’s as many products from the regular Target as they can put into the smaller one,” Kane said.