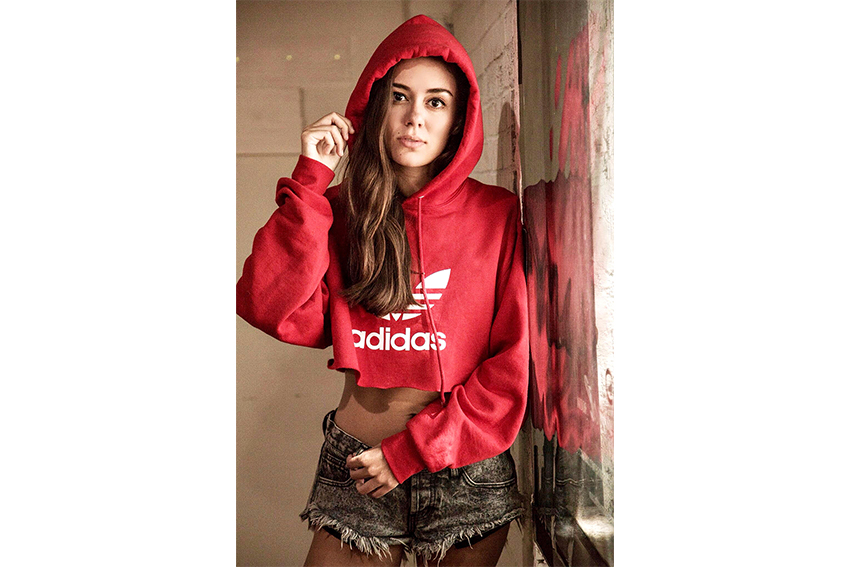 Sitting in the corner of her freshman dorm, aspiring DJ Paty Gomez-Palacio toyed with her Pioneer controller, producing impromptu mixes for her pregame. When her friends jokingly urged her to pick a DJ name, Gomez-Palacio closed and opened her eyes, picking the first thing she saw: fruit.

This proved to be a catalyst for Gomez-Palacio’s DJ career as Frooot. What started as productions for friends evolved into gigs at frat parties across Texas and a victory at the recent Monster Energy Outbreak Tour Campus DJ competition. Although Gomez-Palacio has been a music-lover her entire life and DJing since she received a controller for her 16th birthday, it wasn’t all love at first sight.

“I would play on it all the time for a year and a half or so,” Gomez-Palacio said. “Senior year of high school I stopped, put it on a shelf and didn’t touch it until second semester freshman year. I went home for winter break and saw it, and I thought it would be fun to mess around with for pregames.”

Gomez-Palacio never intended to perform for a large crowd, but an invitation to open for London-based DJ TroyBoi at Zeta Beta Tau’s 2017 RoundUp party came her way when the fraternity’s opener bailed on short notice.

“I’d never played in front of that many people,” Gomez-Palacio said. “Eventually I said I’ll do it. The show went really well, and immediately after, someone from Fiji came up to me asking me to play their opener. Ever since that day I’ve just been getting asked to play shows.”

Relying on her skills to craft spontaneous sets, Gomez-Palacio brings 200 or more tracks with her to every show, using everything from the High School Musical soundtrack to “Welcome to the Jungle” to create an unexpected and exciting performance.

Radio-television-film junior Tristan Thompson, a Frooot fan and friend of Gomez-Palacio, said he first met the DJ in passing at a New Orleans music festival. Over time, they started working on films together and bonded over their mutual love of various music genres.

“When it comes to playing music, a lot of songs are crowd-pleasers,” Thompson said. “What Paty does is use songs that are classics and others that are in the deepest, darkest corners of SoundCloud. She’s one of the most talented people I’ve ever met in my life.”

Gomez-Palacio doesn’t advertise her performances, but said she gets a natural high when she’s on stage. After one of her close friends suggested she enter the Austin segment of the Campus DJ competition, Gomez-Palacio applied, hoping to get her name out as a local performer.

“I came on early, around 11,” Gomez-Palacio said. “I saw 40 familiar faces in the crowd, which was super cool. It was also cool to see a lot of people I didn’t know get super excited about me.”

Evan Shapiro, co-founder of the Campus DJ tour, said Frooot’s success at the competition was because of three strengths — her live performances, originality and potential.

“For a lot of DJs, it’s not just the music,” Shapiro said. “There’s also a large performance and online component, posting mixes and having a fan base. We want to see something that we can showcase.”

Hinting toward her future in music, Gomez-Palacio said she wants to continue to work on original compositions such as her first single, “Mango.” Her advice to aspiring DJs is to practice everything they can.

“This was basically handed to me on a silver platter,” Gomez-Palacio said. “But now that I’m trying to get more gigs around Austin, I had to learn how to jump, yell into the mic, all of that crazy stuff. Once you start playing places that aren’t just small parties, it becomes a real show.”