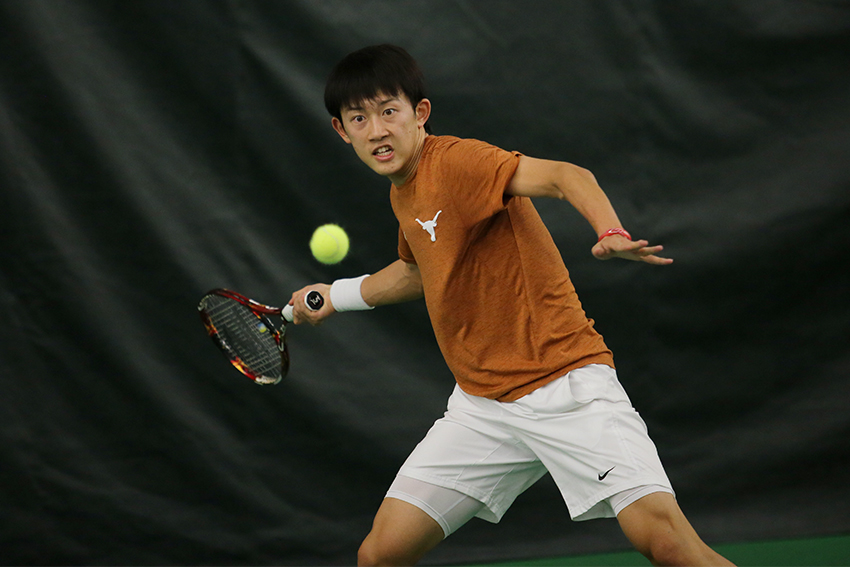 The Longhorns will be a bicoastal team this weekend, splitting their squad across the country between the John Breaux Cajun Tennis Classic in Lafayette, La. and at the Oracle ITA Masters in Malibu, Calif.

“This tournament has a really good field,” head coach Michael Center said. “They always have some SEC schools there, some Texas schools there. It’s a good challenge.”

In last year’s Cajun Classic tournament, then-sophomore Harrison Scott won the singles draw after beating No. 15 William Bushamuka of Kentucky. In a field that features five other top-30 ranked schools this year, it will take a very good week for the Longhorns to produce a champion.

“You’ll have to play tough to win the singles draw at this event,” Center said. “Harrison played really tough tennis there last year, beat a top-20 player and won the tournament. We’re taking some of the guys who played in Midland and then some others, like Leo (Telles) and Rodrigo (Banzer), who will play their first event of the year.

In California, the Longhorns will face athletes from a slew of California schools, including USC, Cal and UCLA. Instead of defending his title in Lafayette, junior Harrison Scott will be competing in Malibu to add another collegiate title to his resume.

Scott will play against some of the best in the West, including No. 3 Petros Chrysochos from Wake Forest University and No. 11 Brandon Holt of USC. To beat such highly ranked athletes, Scott will need to be at the top of his game this week.

“(Scott) looks stronger to me,” Center said. “He’s more capable of coming forward and finishing more balls at the net. Harrison has always been able to hit the ball big from the back of the court. And he moves much better than you’d expect for a guy his size. He’s actually a very good athlete.”

The tournaments in Malibu and Lafayette this week provide the Longhorns with an opportunity to test themselves against the best in the nation. And Center knows this will be a benchmark for his team moving forward.

“We’re just trying each week to improve,” Center said. “We try to see what we can do day-to-day.”

Play begins on Sept. 21 in Malibu and on Sept. 22 for those representing Texas in Lafayette.