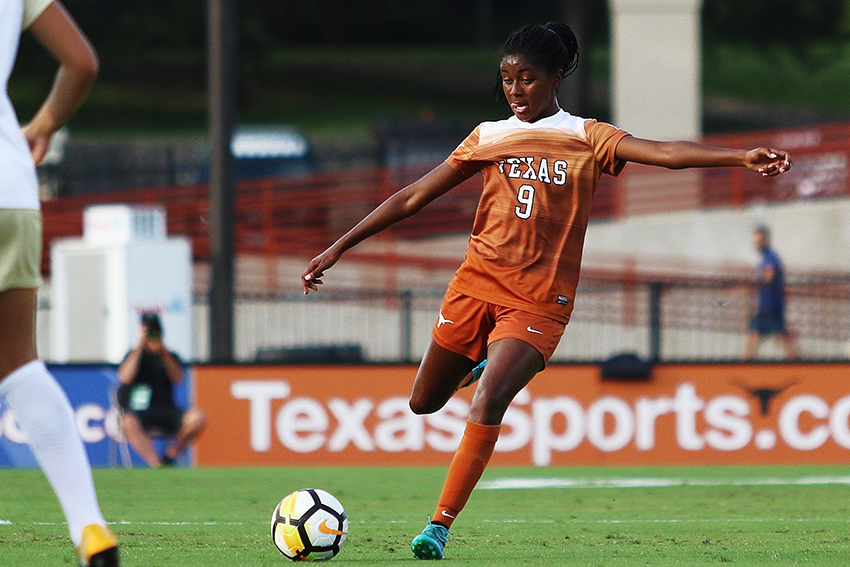 Coming off of an 8–9–1 campaign in 2016, not much was expected of the Longhorns in their non-conference slate. The burnt orange finished ninth in the Big 12 standings last season, falling well short of the NCAA Tournament. Entering 2017, Texas was once again projected for mediocrity.

A squad stocked with freshmen usually leads to what is politely referred to as a “rebuilding year” — a season to be written off. But over the course of five short weekends, Texas has shattered those expectations.

Just eight games ago, the Longhorns were projected to finish eighth in the annual Big 12 Conference preseason poll. Now, they prepare for their match with Iowa State on Friday as the No. 17 team in the country, trailing only No. 5 West Virginia in the conference rankings. Texas and No. 21 Tennessee remain the only undefeated programs in the country, and Texas boasts the higher opponent win percentage of the two.

This historic non-conference streak has been the platform for the team’s ascent among athletic programs at the University. Longhorn soccer is back on the map, and the rest of Texas has taken note.

“We have one of the best, top-ranked teams in the country as far as swim and volleyball,” junior defender Chelsea Surpris said. “They’ve all been like, ‘Wow, Texas soccer, really bringing it this year.’ And I think that’s really got us feeling good about ourselves.”

The difference has been a freshman class that thrives under pressure. The Longhorns of a year ago struggled mightily in tight matches, posting a 2–8–0 record in one-goal contests and a 0–3–1 record in overtime matches. Already, this young squad — paired with a handful of returning leaders — has managed to claim back-to-back overtime and numerous single-score victories.

“What you’re seeing is, and I’ve said it since day one, our young players are talented,” head coach Angela Kelly said.

With experience on the U.S. national teams and top club teams around the country, the freshman class has demonstrated composure and soccer IQ far beyond its years.

The Longhorns have to keep up the good work in one of the toughest conferences in the country. That starts this weekend with matchups against Iowa State and 2016 Big 12 champion West Virginia. The first eight games opened the door to a new chapter in Texas soccer. The next nine will write that chapter.

“I think that the record is great, but we can’t focus on it for too long,” junior forward Alexa Adams said. “Every game we win, that’s a great win, but we gotta focus on the next game. Every team is going to come out and play us to the best of their ability, so we gotta be ready.”