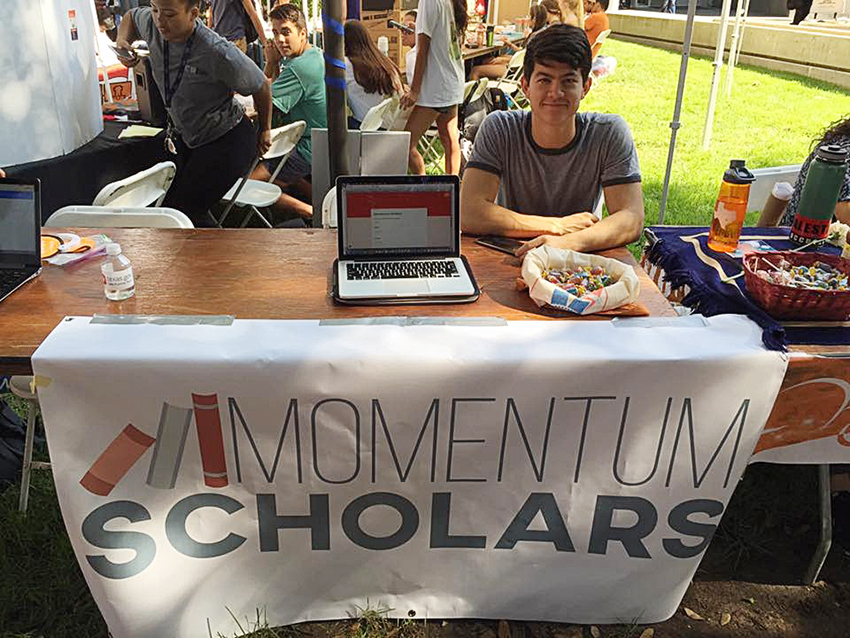 Momentum Scholars is kicking off this semester with new plans for initiatives to help Austin-area students in elementary through high school from achieve academic success.

Momentum Scholars is a student-run organization that provides after-school programs and tutoring services at underfunded schools. The group has previously given writing workshops and standardized test preparation, but they hope to branch out with new services this semester, Max Bernhardt, government junior and chief executive officer of UT Momentum Scholars, said.

“Basically, we’re trying to expand into more concrete stuff such as tutoring AVIDJuniors at (Anderson High School),” Bernhardt said in an email. “We’re hoping to grow the club and work with a more diverse set of people along with continuing the successful programs we already have in place.”

AVID is an organization that aims to prepare low-income students for college, Bernhardt said.

Momentum Scholars originally started at Westwood High School in Austin. Saavan Nanavati, business honors and computer science freshman, founded the organization along with three other Westwood students in 2013 out of a desire to provide tutoring to students who couldn’t otherwise afford it.

“Our goal was to provide free education services to populations that couldn’t afford paid tutors,” Nanavati said. “Although our original focus was computer science, we expanded to offer free tutoring in most of the STEM subjects.”

Momentum Scholars eventually caught the attention of a group of UT students, who started an official UT chapter during the spring of 2016. The organization grew to partner with several schools to provide free tutoring across the Austin area. Bernhardt cited working with OutYouth, an LGBT youth group, as a example of one of last year’s initiatives.

“Basically we went to (OutYouth’s) meetings (and) we had the kids write stories about fictional characters …  all while creating a positive and open environment for them to express themselves,” Bernhardt said.

“Joining Momentum Scholars is a great opportunity for UT students to meet new people and really make a difference,” said finance and biochemistry junior Franzen. “I personally learned a lot last year working with OutYouth. Anyone interested should come out to the general meeting to learn about our mission and what we have planned for the fall.”

Momentum Scholars’ first general meeting is open to anyone interested and is set to take place on Thursday, Sept. 21, in CLA 0.106 at 7 p.m.