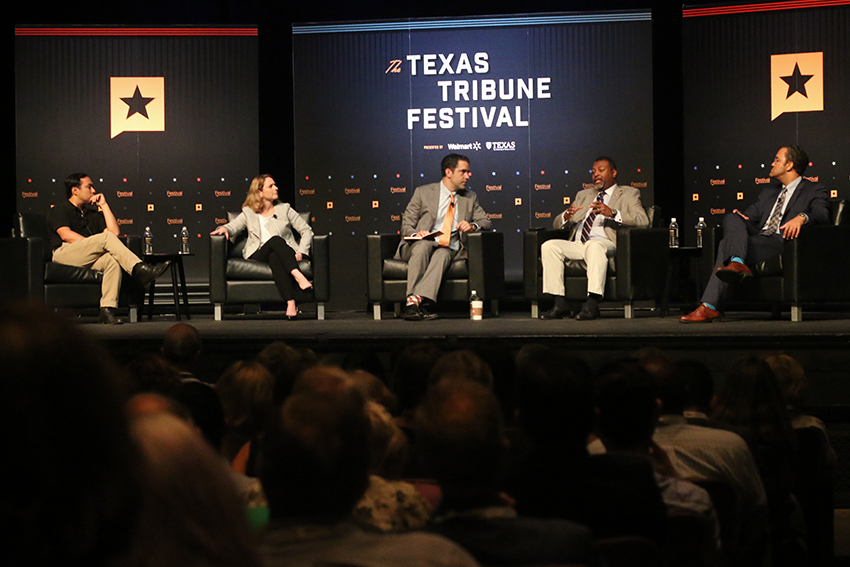 Follow this page for all of The Daily Texan’s coverage of Texas Tribune Festival 2017.  We’ll bring you moments from the biggest discussions, covering topics like local control, sexual assault, higher education, the 2018 elections and more. Below is a breakdown of our liveblog coverage:

Local Control vs. Local Liberty: Texas state legislators and lawmakers discuss how cities and counties operate and where the power lies.

One on One with Joe Strauss: Texas House Speaker Joe Straus will discuss this past legislative session and special session, as well as the future of Texas politics and the war amongst Republicans. Texas Tribune CEO Evan Smith will moderate the conversation.

Higher Education Funding and Spending: As college costs continue to rise nationwide, learn about the future of college affordability from experts, including university presidents and national and local congressmen.

The Fight Over Sanctuary Cities: The discussion over sanctuary cities continues with Senate Bill 4 authors, advocates, and the mayor leading the lawsuit against the bill.

One on One with Beto O’Rourke: Congressman Beto O'Rourke, D-El Paso, will discuss his campaign against incumbent Sen. Ted Cruz, R-Texas, to become the first Democrat to hold the seat in nearly two decades. Texas Tribune CEO Evan Smith will moderate.

Trump and the Resistance: Activists and lawmakers connect to discuss the role of rebellion under the current presidency.

Race, Voting and the Courts: Issues regarding redistricting and voted ID take the spotlight in this panel discussion.

A Conversation with Cornyn and Cruz: Texas senators discuss Texas' place in Washington politics as the state rebuilds after Harvey.