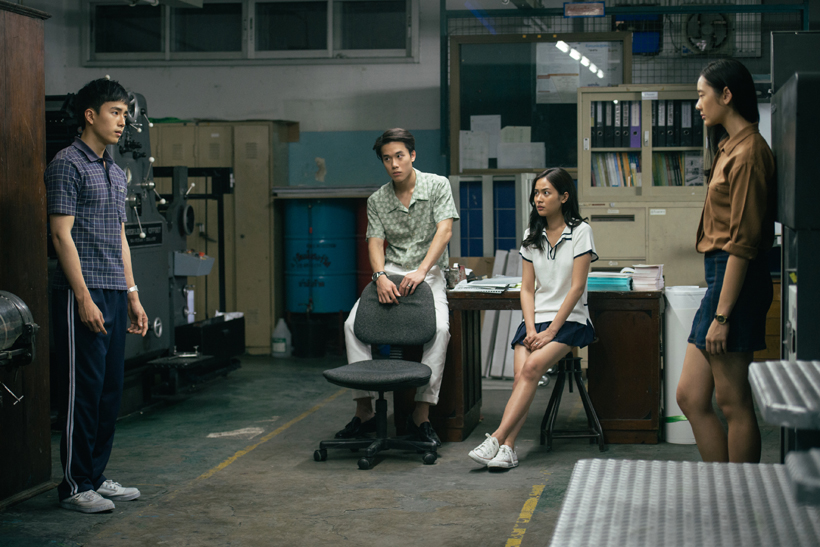 Unknown actress Chutimon Chuengcharoensukying stars as Lynn, a brilliant but poor student who earns a scholarship to a prestigious magnet school. She quickly befriends fellow student Grace (Eisaya Hosuwan), who is Lynn’s opposite in nearly every way: sociable, outgoing and terrible in class.

What initially begins as a brilliant scheme to help her best friend pass a tough test quickly becomes a cheating operation of massive scale, making Lynn tons of money and ratcheting up the class’s test scores. Each test proves another opportunity for director Nattawut Poonpiriya to create an elaborate scenario for his characters to solve and new obstacles to tackle in their attempts to pass the test without getting caught.

But where each of these pseudo-heists create some of the best cinematic test-taking scenes of all time — not a hard bar to pass, admittedly — much of the film’s character dynamics and subtext fall flat. Lynn is a brilliant character, fully three-dimensional with flaws, strengths and unique skills. Most of the other characters, however, fail to achieve her highs and instead represent typical high school tropes; a nerd, a rich bully and a dumb yet beautiful woman all make appearances.

In the end, it seems Poonpiriya does not know how to conclude his film, settling for an easy, morally reductive finale that allows for no shades of gray.

The crowning accomplishment of “Bad Genius” should not go unnoticed, as it takes an entirely uncinematic situation, test-taking, and creates some of the most intense filmmaking in years. It's just a shame the rest of the film can't live up to that.