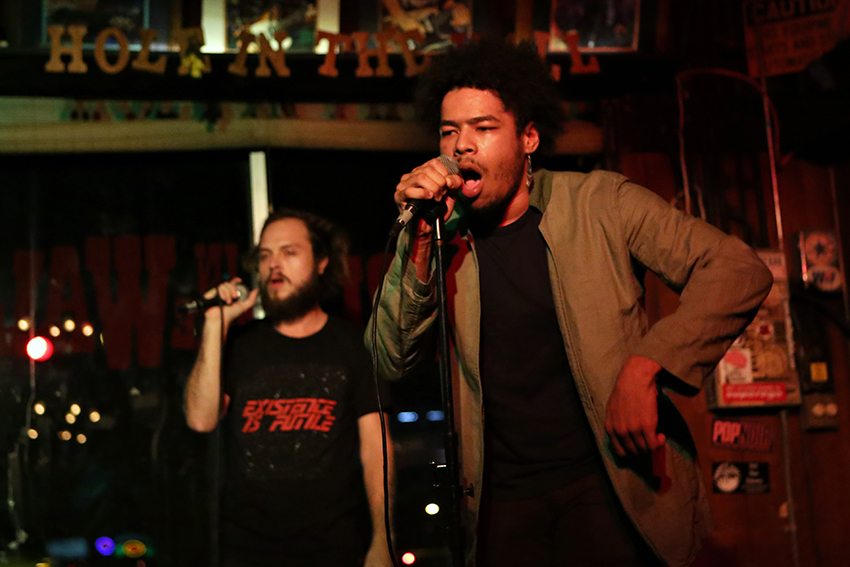 Every night, music pours out from one of Austin’s iconic music venues, Hole in the Wall. For decades, the venue has booked budding talent in Austin. Now, thanks to KVRX and the Austin Music Commission, the music may get even more eclectic.

The Austin Music Commission recently began a genre diversity initiative in partnership with UT-Austin to promote artists of color in underrepresented genres of music. KVRX has taken a proactive role by premiering a series called Live ATX at local music venue Hole in the Wall with a cover charge of $3.

In the age of earbuds, students tend to listen to new music through streaming services and rarely buy tickets for acts they haven’t already heard of. Austin Music Commissioner Gavin Garcia said this pattern fosters an even bleaker situation for already-underrepresented artists trying to get their foot in the door.

“Since multiple generations have failed to meet the requirements of minorities in music, we’re looking to the next generation (to) help us grow the music industry during a point in time in which it is facing major challenges,” Garcia said.

KVRX music director Zach Burky said the city’s history of segregation has stunted its development as a music-producing city. Though there are plenty of undiscovered artists who do not meet the standards met by the Live ATX initiative, Burky said leveling the playing field is an important measure in Austin’s reputation as a music hub.

“It’s not that those bands don’t need support, it’s just that there are already mechanisms in place to support them,” Burky said. “We’re trying to spearhead a change that eventually the whole Austin music industry will adopt.”

And that’s not to be taken lightly. Garcia said the role college radio stations play as gatekeepers is an underappreciated  way of spreading new music because it helps promote untapped talent by sharing it with young people who will show up to see it.

“Our strategy is to put (students) in immediate access via Hole in the Wall, Spiderhouse Ballroom, Cactus Cafe, co-op houses, and from there, UT athletics events and performances under Texas Performing Arts,” Garcia said.

Even though KVRX is a student-run station with policies that make it difficult to give any one artist extreme exposure, Burky said an advantage is that DJs must rely on quality music to maintain an audience.

“The artists we’re trying to promote are artists that our DJs truly believe, with all their musical knowledge, are worth promoting and deserve a shot,” Burky said.

One of the artists benefiting from KVRX’s initiative is UT alumna Lesly Reynaga, who moved to Texas from Monterrey, Mexico at age 16 and began performing mariachi in high school. As a solo artist, Reynaga’s genre is similar to indie rock but with soulful Latin and Americana influences.

On stage, Reynaga rocks out with an electric guitar, belting covers from Texas legend Buddy Holly before ditching her axe for a vihuela and wowing the crowd with a soulful rendition of “La Cigarra.” She said the genre diversity initiative is important not just to her, but musicians all over Austin, and events like Live ATX help draw people out to local venues.

“I know that we’re all about big music festivals and everybody is looking forward to ACL, but there’s also a lot of great opportunities to listen to the local talent,” Reynaga said. “It’s really cool what KVRX is doing. They’re going to be not only showcasing local talent but also having a focus on genre diversity which the city needs.”