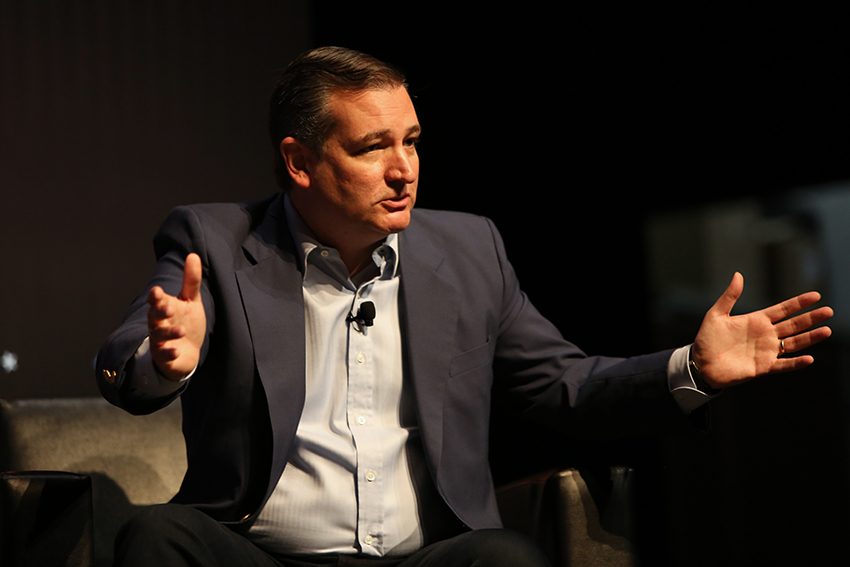 The state’s two Republican U.S. senators displayed starkly different takes on where Texas is headed going into the 2018 midterm elections, one day after a Democratic candidate for Senate made his case to voters.

Earlier this month, the White House announced it was rescinding the Deferred Action for Childhood Arrivals program — or DACA — an Obama-era immigration policy that protects nearly 800,000 young undocumented immigrants.

When asked for his take on the decision, Cornyn said he thinks a deal is possible between both interests in Congress, adding any negotiation would need to beef up border security and enforcement efforts in return for renewed protections.

“We are a nation of immigrants and we are a beneficiary of that,” Cornyn said. “But we are also a nation of laws, and somehow we lost sight of that.”

Cruz, who is up for re-election in 2018, was more blunt, summing up his thoughts on the DACA rescission in four words: “Legal, good. Illegal, bad.”

U.S. Congressman Beto O’Rourke, an El Paso Democrat challenging Cruz in 2018, had a one-on-one discussion with Smith on Saturday when he was asked for his take on the rescission. O’Rourke said if elected, he would vote for the DREAM Act, a bipartisan piece of legislation that would set a path to citizenship for undocumented immigrants and provide similar protections as DACA.

“We have to make this the law of the land,” O’Rourke said.

Though O’Rourke won round after round of applause for his statements in favor of DACA protections, his chances against Cruz next year are slim, as any Democrat’s would be in a midterm race in a deep-red state.

But Republicans aren’t taking any chances. Cornyn offered his endorsement of Cruz in next year’s race, saying he and his fellow senator may disagree on tactics, but they share the same position.

On health care, both senators slightly disagreed on the latest attempt to repeal the Affordable Care Act, or Obamacare. The bill, authored by Republican Sens. Lindsey Graham of South Carolina and Bill Cassidy of Louisiana, would convert Obamacare funding into block grants to states, an aspect of the legislation both senators said they liked.

Cornyn, who played a major role in pushing the Senate’s health care legislation over the summer, said he planned to vote in favor of the bill next week. But Cruz, who inevitably voted for the summer repeal efforts despite having troubles with some aspects of the legislation, said he isn’t quite there yet.

If Cruz votes “no” next week, the bill is doomed. There are only 52 Republicans in the upper chamber, and Senate leaders have until the end of September to pass the bill with a simple majority. After that, they’ll need to work with Democrats to reach the 60-vote threshold to prevent a filibuster. As of Sunday, four other Republicans have so far expressed plans to either vote no, or were leaning that way.

As Smith walked the two senators off stage, a few protesters trickled into the Hogg Memorial Auditorium to heckle them on DACA and health care. They chanted “Pass the DREAM Act” before being escorted back outside.

Attendants walked out of the panel to about 60 protesters, who carried a mix of signs pushing the senators to vote for the DREAM Act and against the health care legislation.

Courtney Szigetvari, a protester from Columbia University who has ovarian cysts, said her life is on the line with next week’s potential vote on health care. Despite Cruz’s hesitation to support the bill, Szigetvari said she’s still worried she may lose her coverage if both senators vote for the repeal bill.

“I would hope that they would vote in favor of us, and I hope they’ll hear our opinions, but I don’t see that happening,” Szigetvari said. “Fortunately in 2018 we’ll have some voting power, and I hope Ted Cruz knows that.”