Why don’t students eat healthy on campus? It’s what you don’t see 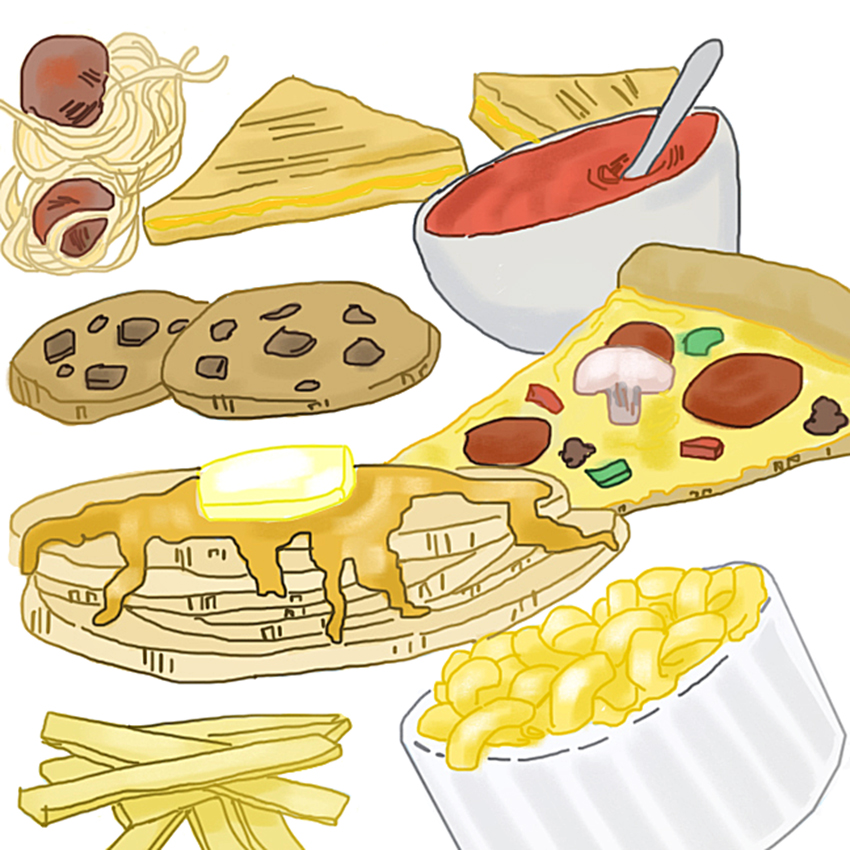 The American lifestyle is heavily associated with burgers, burritos and BBQ. Yet I was overwhelmed when I first arrived from the cold sandwich country of the United Kingdom. The excuse I was given was “everything’s bigger in Texas” for the monstrous portion sizes and fast food joints on every street corner. I wasn’t convinced. Of course, I had to adapt to the culture, but I had my reservations about bowing to this unhealthy, greasy lifestyle.

The United Kingdom has promoted healthy eating among its youth from an early age through nationwide laws. My home university offers hot and cold sandwiches as the norm, forcing students to hunt off campus for unhealthier options. At UT, we have Wendy’s and Chick-fil-A on campus in not one, but two locations. There should be better promotion about healthy eating initiatives and a greater push for students to choose greener options over burgers and fries.

“We like to have concepts which will mimic the brands in their hometown,” said Mulugeta Ferede, the executive director of University Unions. “Chick-Fil-A — they know that there’s a sense of comfort there.” That’s perfectly fine. Of course, the transition for freshmen and other new students can be difficult and the reassurance of food they know will streamline this process.

But what about the dreaded “Freshman Fifteen,” a belief that a freshmen will gain 15 pounds when they initially move away from home? Although the myth has been scientifically proven to be an over-exaggeration, the term was coined for good reason. The American eating lifestyle leads to obesity, diabetes and heart disease. Given that students are exposed to such fast food options throughout adolescence and puberty, it would be wrong to believe that they would change their ways in college.

Shake Smart, Field of Greens, Provisions on Demand and Revolution Tacos offer healthier options made from local and sustainable goods. In the same interview, Ferede explained that their food service on campus was a “work in progress,” with healthy options available but not utilised.

As the executive director admitted, advertising is “the area we don’t do so well.” Students might see the healthier options but aren’t pushed in that direction by the Union. This shortcoming means that students aren’t aware of the healthier options available to them. While dining halls offer balanced meals to freshmen, they aren’t accessible to students who aren’t near Kinsolving and Jester.

As for the healthier options on campus, the POD introduced stock fresh and pre-made sandwiches a year-and-a-half ago. But to my surprise, there were only two options when I arrived on campus. I asked Ferede why this was, and he assured me that in the coming days, more shelf space would be given to sandwiches and fruit juices. True— the very next day there was a plethora of sandwiches on display.

The Union is moving in the right direction to improve the health of students on campus. While promotion is poor, the POD now offers sandwiches by the dozen. Students will see changes moving forward to reverse the debilitating eating habits of Texas youth.

Naqvi is a geography exchange student from London, UK.