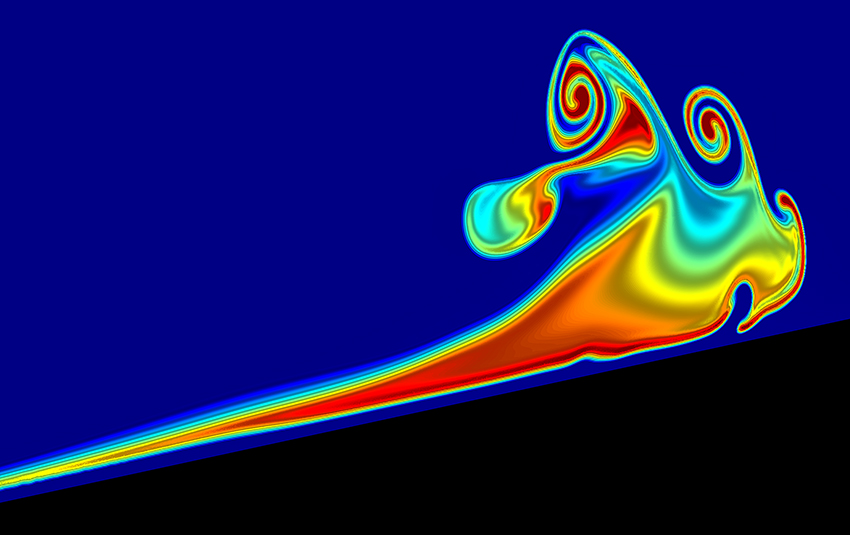 Scientists from across the College of Natural Sciences submitted photographs, graphs and simulation results to the 2017 Visualizing Science contest. Their submissions depict research from calculus to integrative biology, and the judging is coming to an end.

According to CNS communications director Christine Sinatra, online voting, which is open to the general public, will close by the end of the month. On Oct. 19, CNS will announce this year’s winners at their "Art in Science" event.

“I think the Visualizing Science competition offers us a gateway to people who may not be exposed to science on a regular basis,” said Michael Allshouse, winner of the 2016 competition. “There was (also) an opportunity to meet people outside of your field and learn a little bit of science that you’re not regularly exposed to.”

The competition was designed as a part of the CNS 2013 College Strategic Plan, Sinatra said. One of the goals of the plan was to highlight science within and beyond the college.

“You see a lot of art in public places, you see a lot of references to athletics,” Sinatra said. “But you don’t really see the science that happens in labs.”

To enter the competition, contestants simply submit a brief description and image of their research online. Then, the photographs open to popular voting on Facebook until late September. A full gallery of the images is available on the College of Natural Sciences Facebook page.

“(The Facebook gallery) was a nice opportunity to spread the word about these images,” Allshouse said. “As the Facebook voting wound down, I knew that I was doing pretty well, but then after that, we didn’t hear exactly what the placement was until the Science Night held by the College of Natural Sciences.”

The competition is open to anyone affiliated with CNS, said Steve Franklin, a CNS marketing specialist who receives the Visualizing Science submissions. This includes undergraduates, graduates, staff, faculty, double majors, alumni and even majors outside of the college working in a CNS lab, Sinatra said.

Students looking to enter the contest should consider what they find inspiring, Franklin said.

“Just find … the beauty in the science that you’re working on, what amazes you, what just gets you in awe of what you’re doing,” he said.

The description section of the image submission allows for artistic expression as well, as contestants describe what they love about their research and how they came to create the graphic.

“If people can tell us a story of their research, why it inspires them and what it means, that’s really helpful for us,” Sinatra said.

“I had data and needed some way to look at it … (The image) finished generating (and) I said, ‘Wow! That looks really nice,’” 2016 runner-up Claire McWhite said. “There’s no boundary between what is art and what is science … I think it’s mostly about design and using images to look at data in a new way.”

Sometimes, the images don’t need to be modified to make them aesthetically pleasing.

“(With Visualizing Science) you get an opportunity not just to communicate new and interesting science, but do it in a way that people can find beautiful in its own right,” Allshouse said.