Inclusive bathrooms on campus must remain a priority 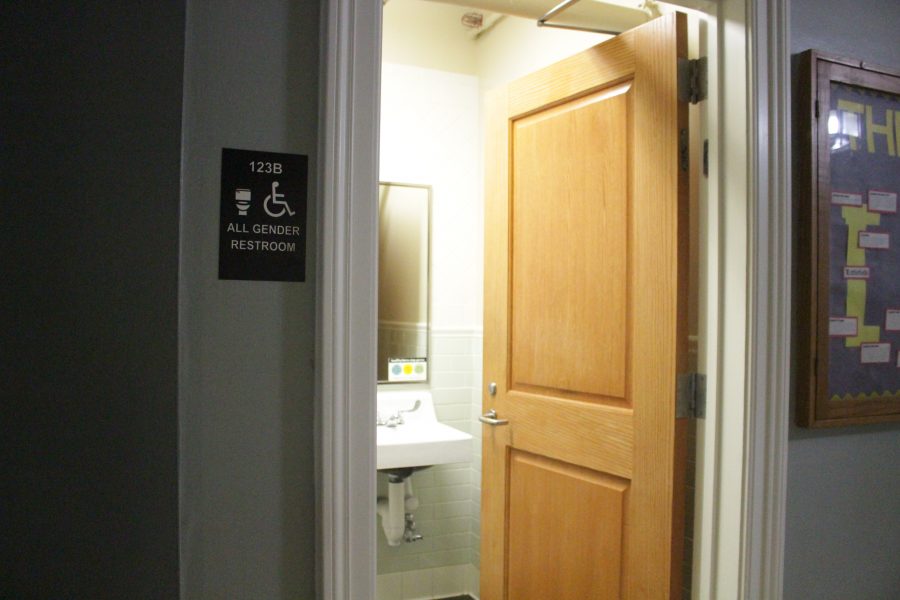 For the vast majority of UT students, finding a bathroom to use isn’t particularly stressful. But for students who don’t feel comfortable using traditional bathrooms, the experience is vastly more burdensome. According to UT’s Gender and Sexuality Center, many buildings like the Gates-Dell Complex, the Harry Ransom Center and the Belo Center don’t have gender-inclusive bathrooms available to students. Their Gender Inclusive Bathroom Map shows just 45 buildings on campus with gender-inclusive bathrooms.

When I lived in Brackenridge Hall dormitory on campus, the only gender-neutral bathroom was in a different wing and down two flights of stairs in Roberts Hall dormitory. While this wasn’t a problem for me personally, it could be a sizable barrier for someone who feels uncomfortable using a communal men’s restroom, whether they be residents or guests. Other residence halls on campus lack gender-inclusive bathrooms entirely.

A big part of the problem is the lack of authority Student Government has to enforce their own policies. The SG Assembly passes a lot of resolutions with potential, but it usually relies on the representative that proposes the resolution to ensure it’s actually carried out. The assembly also has little-to-no authority over university employees. When the president, a dean or a provost hands down a directive or policy, there’s a general understanding that university employees will follow it. When an SG representative passes a resolution — especially one directly concerning building facilities — this isn’t necessarily the case. Almost all potential changes to bathroom policies lead to building managers ­— university staff whose job is to oversee and maintain individual buildings on campus.

In 2006, the Queer and Trans Student Alliance made a list of more than 180 bathrooms that could easily be converted to gender-inclusive with minimal hassle. To make campus more welcoming for all UT students, it will take a concerted effort by students, and faculty and staff, who want to see change. You can make life easier for your fellow students just by contacting the building managers. Tell them the demand among vulnerable students for single-use bathrooms, and then, once you succeed, get in touch with the Gender and Sexuality Center so they know to update their map. If change is this easy, why aren’t we already doing it?

Price is a government sophomore from Austin.