Duncan Fellows dance on both sides of the ceiling 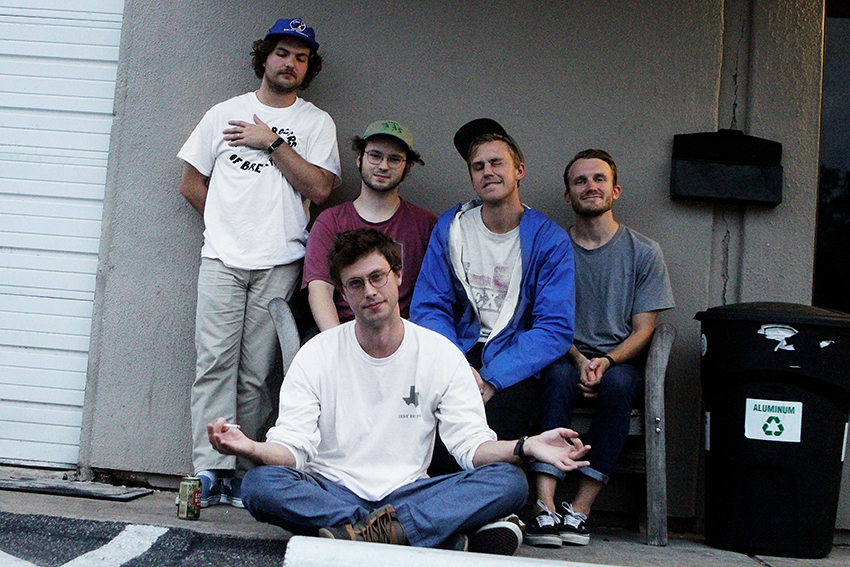 In their hot and stinky garage, Colin Harman and Cullen Trevino stayed up late during their college days writing songs that would someday be come the hits played by their band, Duncan Fellows.

Formed when Harman and Trevino were sophomores still playing out of Trevino’s house on Duncan Lane north of campus, Duncan Fellows now has five members and recently released their first full-length album, Both Sides of the Ceiling.

“(The album) was all this act of our lives being so much more complex as we got older,” said Jack Malonis, Duncan Fellows keyboard player and vocalist.

Trevino said Duncan Fellows has come a long way from the two EP’s they released prior to graduating in 2015.

Alhough Duncan Fellows started off as a fun escape from the pressures of class, the band soon realized they wanted to play their songs in front of a live audience.

“It’s such a slow thing, from sending tons of emails, playing some shows, getting a chance with a couple of people and having to prove yourself, in taking that next step,” Duncan Fellows drummer Tim Hagen said.

During their first college gig as Duncan Fellows at local nightclub Red Eyed Fly, the band faced their first hurdles, from dealing with playing the mandolin for the first time to restarting songs because of sound malfunctions. Despite these obstacles, the band continued to push through as they witnessed the crowd jamming to their music.

“We never had that discussion of whether or not we wanted to stop, we kind of just kept on pushing forward,” Hagen said.

Although it took some time, things started falling in place for the band after the Fellows successfully sold out the release show for their second EP, Marrow, in 2015.

“I remember after that show was the first time we felt we had gelled the set on stage as a full band,” Harman said.

Moments like this showed the band members they could become a visible band within the local community.

“As Duncan Fellows, we all cared about it immensely, and when we saw other people vibing to our music, it just became a lot easier for us to make it a main thing,” Trevino said.

In August last year, the band headed to Redwood Studios in Denton, Texas, to work with Brack Cantrell, a musician who helped them develop and record songs. The fellows gained more studio time than they had ever had before, and kept redoing recordings to shape the album they all wanted to release.

“We wanted to make an album that meant a lot to us artistically, from a lyrical standpoint,” Trevino said. “But we also wanted to make something that, if we played it live, was going to be a great time.”

The band said they intended for Both Sides of the Ceilings to reflect the Taoist concepts of yin and yang. Although Jack said they continue to face battles within their own lives, including balancing their jobs with the band and their own relationships, they continue to work toward gradually surpassing these imbalances.