Concussion education must be included in school curriculums 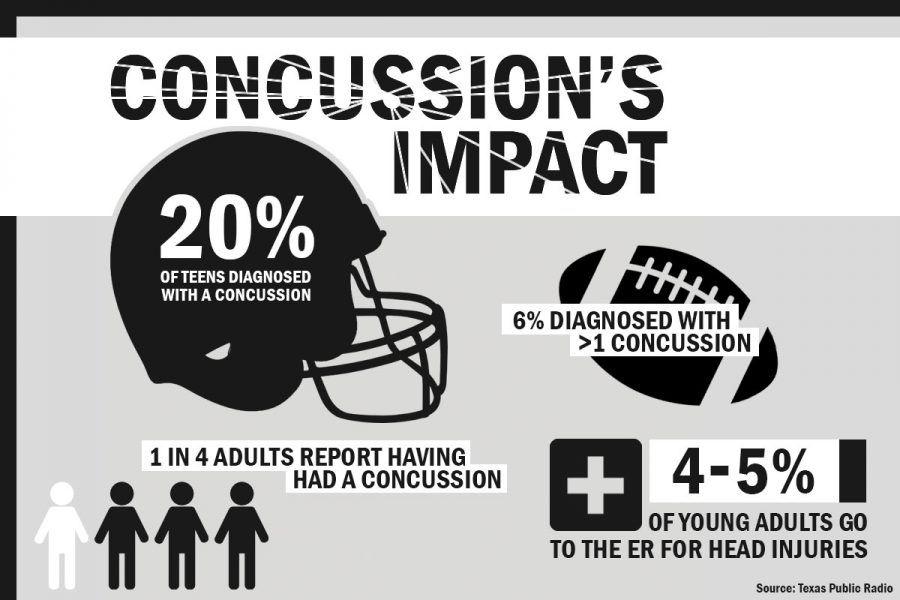 At the age of 15, I was kicked in the face while playing soccer, leaving me with a traumatic concussion.  I stayed out of school for a month and on the bench for a year. At the time of my accident, concussions were just starting to creep into the public consciousness, with the conversation largely focused on football. Scientists and activists were often met with resistance from overzealous sports fans who saw the burgeoning research as a threat to the lucrative sports world, often hindering progress.

Since that year, there have thankfully been more productive conversations about concussions. Blows to the head often leave silent signs of injury and although participating in sports renders a child more likely to sustain a concussion, lack of participation doesn’t leave one entirely safeguarded. Anyone can fall, get in a car crash or hit their head on something. The universal risk of concussions demands we teach everyone — not just athletes — the signs of a concussion. Schools, in particular, have a certain obligation to do so.

A recent medical study shows that 20 percent of teens are diagnosed with a concussion. Perhaps even more worrisome than this statistic is the fact that so many remain undiagnosed or untreated because of lack of awareness. One study estimated nearly 30 percent of athletes have suffered a concussion without realizing it.

This is a public health issue. Texas requires high schoolers to take a health credit to graduate high school. Students learn about STDs, reproductive systems, mental health and substance abuse. Education is vital in giving them the tools to make the right decisions. The state of Texas should also include concussion education in the state-wide curriculum, especially considering Texas consistently ranks at the top for high school sport participation.

It’s easy to overlook the symptoms of a concussion and dismiss them as nothing more than feeling a bit “off.” It’s an injury that’s not always recognizable. Ignorance of symptoms is dangerous because any small jolt to the head while concussed can potentially result in permanent or longer-lasting damage.

In light of research detailing just how dangerous concussions can be, every state in the U.S. has implemented some sort of mandatory concussion protocol in youth sports. Doctors have pointed out that such research will allow us to better set sports regulations, but rules can only go so far if a person doesn’t realize he or she is concussed.

The brain is a delicate organ, and it just so happens it’s one of the most important. Scientists have done the research and put it out there for the general public to read and digest, but we need to go further. Our schools need to teach young people, whether or not they’re taking the field on a Friday night, of the warning signs and dangers of brain injuries. The conversation has furthered since my injury in 2015, but it’s still not where it needs to be.

Vernon is an anthropology and rhetoric and writing junior from The Woodlands. She is a senior columnist.