Panel discusses past and future of DACA program, recipients 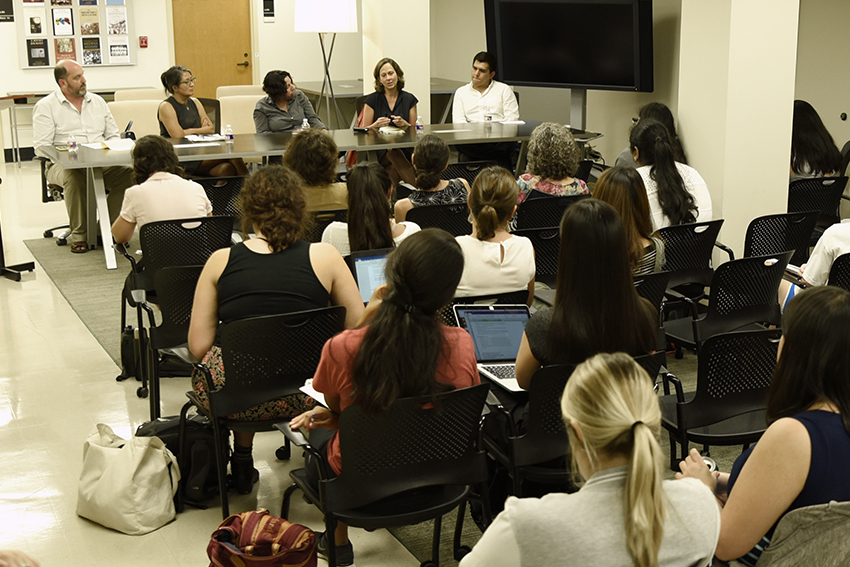 A Monday panel discussing the future of the Deferred Action for Childhood Arrivals took on an urgent tone as the Thursday deadline to renew one’s status under the program quickly approaches.

A group of professors and a former student discussed the history of DACA, moral and constitutional issues with the program and how the end of DACA has and will affect students. Denise Gilman, clinical professor for Texas Law, said she pushed for this week’s panel due to the urgency of the deadline.

“I think many of us who work in immigration have been feeling a powerful sense of crisis as some of these worst instincts of various American people just seem to be deceptive,” said history professor Madeline Hsu.

UT alumnus Juan Belman spoke about his own experience as a student registered under DACA. Belman said during his first semester at UT, his father was temporarily detained following a traffic stop. The case to deport his father was closed and put to the side, but it can still be brought up at any time, Belman said.

“I’m thankful for the sacrifice (my parents) made because they left their family, they left their hometown, their community and what they knew to give us a better future,” Belman said. “They shouldn’t be criminalized for (immigrating).”

Last month, President Donald Trump rescinded DACA, leaving a one month period for people registered under the program to renew their status. This Thursday marks the last day before the month-long grace period ends and those unregistered face the threat of deportation.

Karma Chavez, associate professor in Mexican American and Latinx Studies, said DACA was always intended to be temporary, despite the national outrage at its removal.

“Trump is actually not wrong when his administration says ‘this was never meant to be permanent, it was always meant to be a stop gap,’” Chavez said. “It’s important to recognize that DACA was never a pathway to citizenship or a complete protection against citizenship.”

DACA only protected about one-third of age-eligible people who were brought to the U.S. illegally, leaving a large gap in coverage, Chavez said.

“Obviously, losing DACA is terrible,” Chavez said. “We don’t want to lose it, but, on the other hand, we have to realize it was never the solution in the first place.”