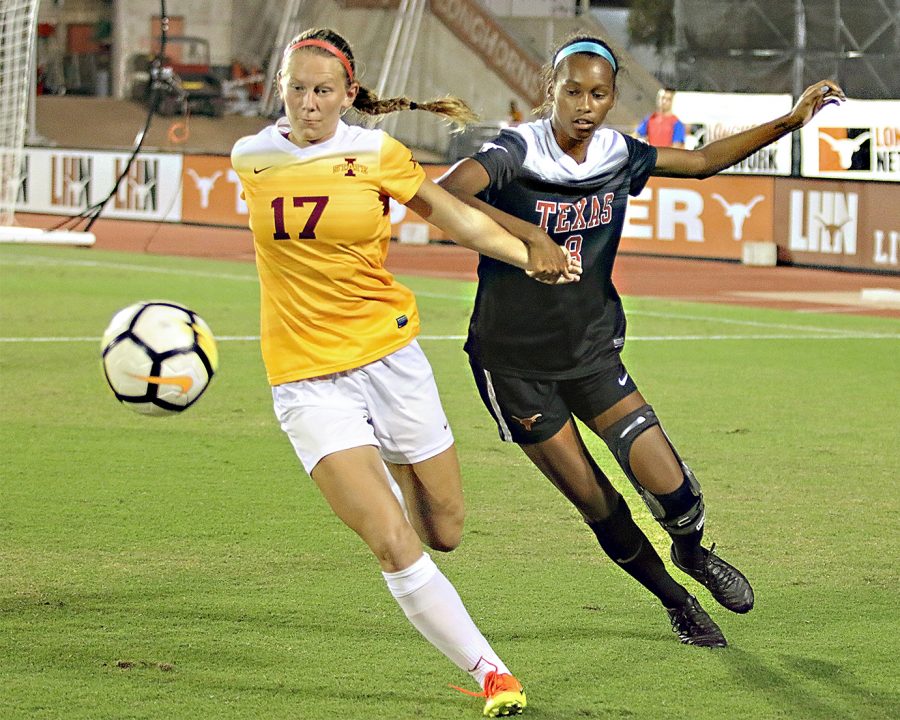 Despite dropping its historic winning streak to start the season in a tie against Oklahoma on Sunday, Texas is staying focused on its slate ahead. Even with Sunday’s tie, the Longhorns’ 11 wins on the year already equals or surpasses their win totals in each of the previous three seasons.

The Longhorns have staked their claim as front-runners for the Big 12 title heading into the fifth conference game of the season. Texas beat 2016 Big 12 Champion West Virginia earlier this season, but they’re still planning on taking the season day-to-day.

Texas’ strong start this year has come on the back of a 9–0 home record. While the Longhorns have been dominant at Myers in 2017, they’ll soon be tested on the road.

Three out of Texas’ last five games will be on the road, including contests against Baylor and Kansas. For the Longhorns to come away with victories away from home, they’ll need to rely on the work ethic that led to their blistering start. “One of our main emphases in practice is energy,” redshirt sophomore forward Mikayla Flores said. “When you bring that energy on the field, it can be a real game-changer. And to have fresh legs out there when they don’t have fresh legs is also huge.”

The Longhorns won’t have an easy go against the Horned Frogs. TCU enters Friday’s contest coming off a road win against Texas Tech, a program that gave Texas one of its greatest challenges of 2017.

Interestingly enough, both TCU and Texas graced the bottom three of the Big 12 at the conclusion of last year, only to completely flip the script in 2017. Friday’s matchup will help dictate both teams’ positions heading into the Big 12 Championship.

“It’s wonderful for the fans to see first hand the speed of play, the style of two great collegiate teams,” Kelly said. “That means a ton. It especially gives the players a great feeling.”

Texas’ battle with the Horned Frogs begins on Friday night at 7:00 pm. Following Friday’s matchup, the Burnt Orange will next take the pitch on Oct. 13 in a road contest with Kansas.